Outlook: Energies are higher across the board this morning as crude attempts to push back above $100. Both August product contracts are set to expire today and are seeing considerable gains. RBOB is leading the group this morning up over 5% as demand returned to seasonal norms in reaction to dropping pump prices. Brent crude is trading over $110 and a significant premium to WTI due to a tighter supply situation overseas. OPEC+ is scheduled to meet next week on August 3rd and reports were circulating yesterday the group may consider keeping output unchanged for September. Members of the group have expressed concerned that refining capacity is unable to keep pace with growing crude production. While natural gas values have surged over the last week, propane prices have remained surprised. Propane inventories have seen builds, but overall, Midwest inventories still sit below 5-year averages. Current prices present a good opportunity to layer in contracts for fall and winter usage.

Crude Exports: US crude exports are set to climb to a record 5 million bpd in the coming months. Port limits and a slow pace of production growth will likely yield a short life span for maintaining the record pace. Shipments last week were pushed to 4.6 million bpd. 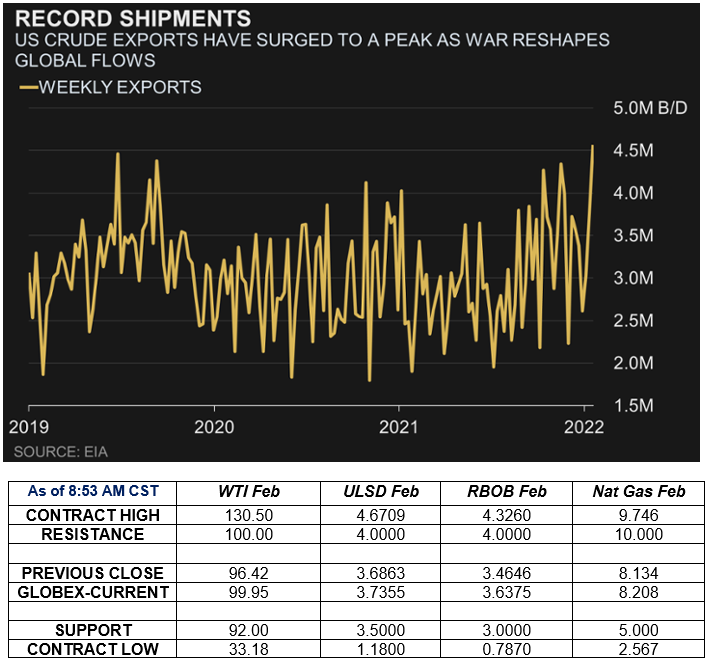