Outlook: Energies are lower to start the week on the news of poor factory performance and other economic concerns in China. Both 100-day and 50-day moving averages in nearby crude are trending lower. Putin said that Russia is not going to allow OPEC or any other nation to push oil prices lower. The biggest news in the market still is swirling around global Natural Gas supplies as several countries around the world are not able to secure long-term supplies and face long-term blackouts.

OPEC Plan VS Reality: Since the spring of 2021 OPEC has fallen behind its production goals and has overcut its production. This spring has seen the gap between reality and goals widen. This has left many in the market unsure if OPEC+ can even return to its potential operating capacity. 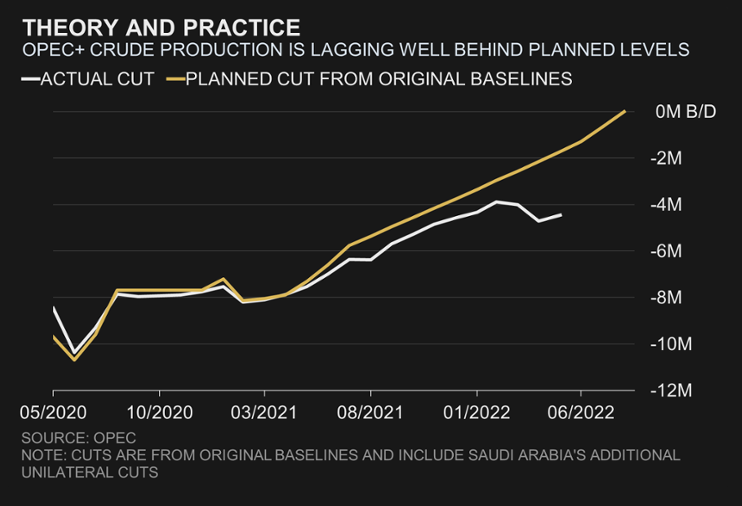