Outlook: Energies are mixed this morning as traders wait for the OPEC+ meeting and EIA data to be released tomorrow. OPEC continues to fall short of its production targets. The group pumped 28.98 million bpd last month, after producing 60% of their quota for July. Their scheduled cuts are set to end in August which has brought more attention to their decision for September. The US took action against companies who have helped haul Iranian products prohibited by US sanctions yesterday. The sanctions are aimed to pressure the ongoing nuclear deal talks between nations which have yielded little progress. Energies have dipped into a downward trend with Ed Morse, head of commodity research at Citigroup, calling for crude to be in the mid-80s by the end of the year. The prompt crude contract traded below the 200-day moving average for the first time since December with soft global economic data bringing significant bearish pressure to commodities.

Russian Exports: Russian seaborne crude shipments have stabilized around 500,000 bpd below the peak they reached after the invasion. Outflows hit a four-week high of 3.5 million bpd according to Bloomberg data. Four-week average shipments were at 3.2 million bpd. 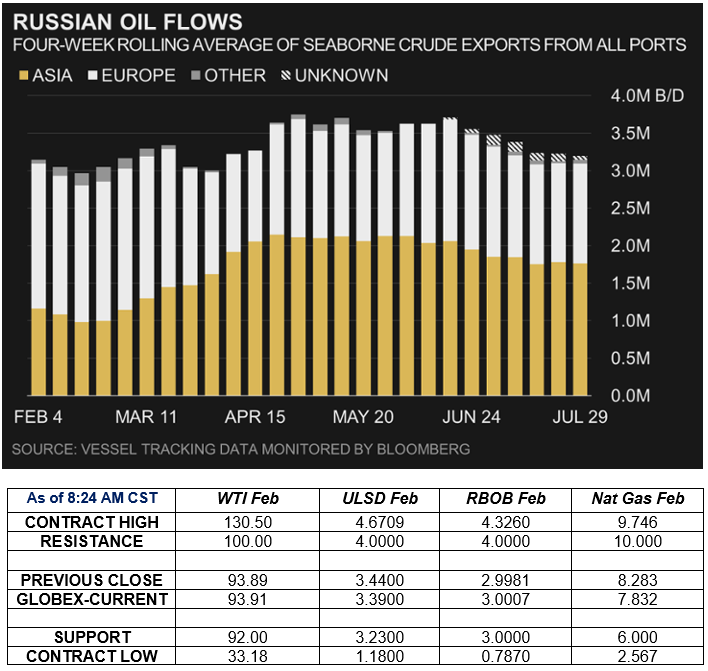