8-5-22 Crude on pace for largest weekly decline since April...

Outlook: Energies are looking for direction to start the morning following the steep losses seen yesterday. A firm bearish trend has developed since early June with crude prices falling nearly $30 in the nearby contract. Crude prices have fallen below $90 for the first time since Russia invaded Ukraine and is on pace for its largest weekly decline since April. Recessionary fears fueled by softening demand have taken control of this market despite the fundamentals remaining tight. Net petroleum inventories have continued to fall during this downtrend, but the market has become hypersensitive to demand destruction domestically and globally. Crude and products are all in oversold territory which could signal the selling may come to a halt short term.

Refinery Outages: Global refinery outages reached 871,000 bpd as of Aug 4th. Outages in the US were at 179,000 bpd and at 67,000 bpd in Russia. Refineries have lagged behind projected declines in outages. 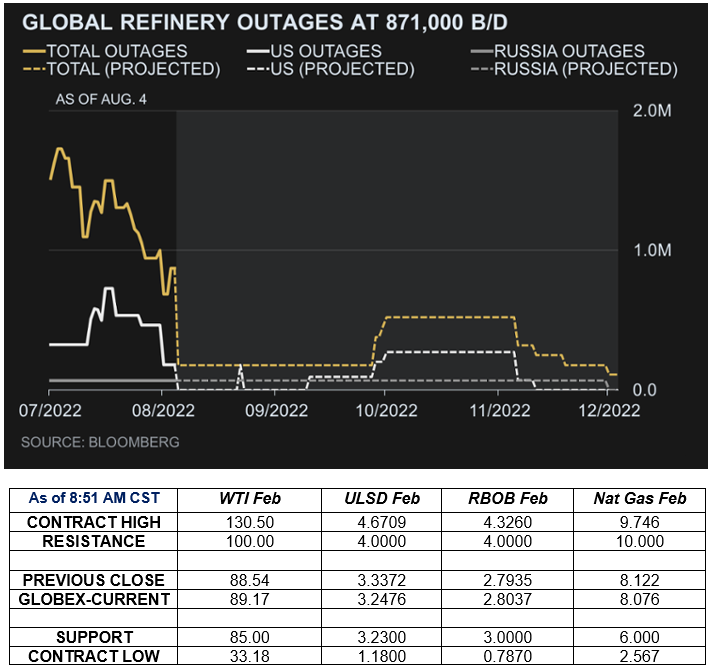