8-6 Overnight Losses Reverse on the Open

Outlook: Energies are mixed to even this morning as losses overnight have been mostly erased with the exception being natural gas which has lost nearly 50 cents on a cooler forecast. Chinese imports ticking higher are the big story this morning. Continuation from a stellar job report on Friday could quench some of the recession fears that have pulled the complex much lower. Much of the backwardation has come out of crude oil as well as ULSD and RBOB. The short supply in the market would suggest that this flattening of the curve is premature with significant risk still from Russia and Ukraine as well as China which could easily bring massive demand back into the market.

Producer Strategy: As we have discussed before oil companies have become very reluctant to reinvest in infrastructure with massive regulations along with a new wave of green energy on the horizon. They have moved to a more dividend/ Stock buybacks strategy.  This is a long-term bullish sign. Without reinvestment, production will slowly fade and fall down to unserviceable levels. All while world demand is growing quite rapidly. 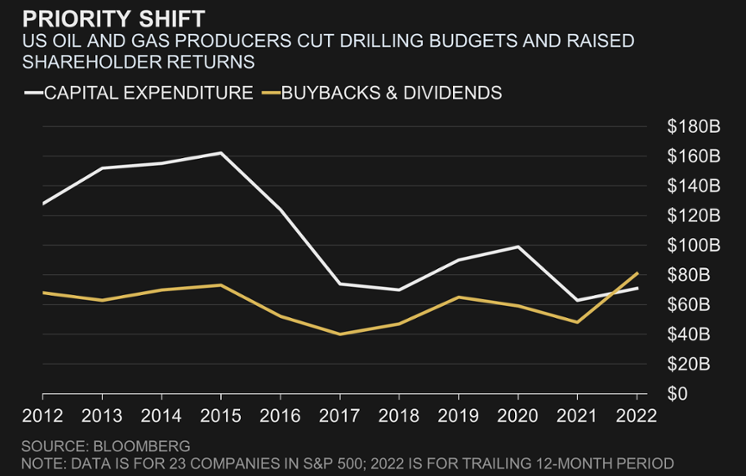