Outlook: Energies are finding strength across the board today finding strength from reports of Russian crude flows being halted due to sanctions preventing payments. Global supply remains tight and news of any supply disruption involving Russia can be a significant market mover. If an effort to support supply, the EU has introduced the final draft of the Iran nuclear deal. The EU said a final decision that requires the US and Iran’s approval is expected within “very, very few weeks”. Iran’s crude exports sit around 1 million bpd below their rate in 2018 when former President Trump exited the nuclear agreement. The market is scheduled for a full slate tomorrow including a release of CPI data which measures inflation along with the weekly EIA inventory report. The API will release its inventory this afternoon at 3:30 CT.

Tanker Rates: Tankers hauling fuels including diesel and gasoline are seeing a period of strength not seen in roughly 25 years. Robust demand and stretched sailing distances due to the war have allowed for increased profits. Product tankers have been earning more than $40,000 a day over the last two weeks according to Clarkson Research Service. 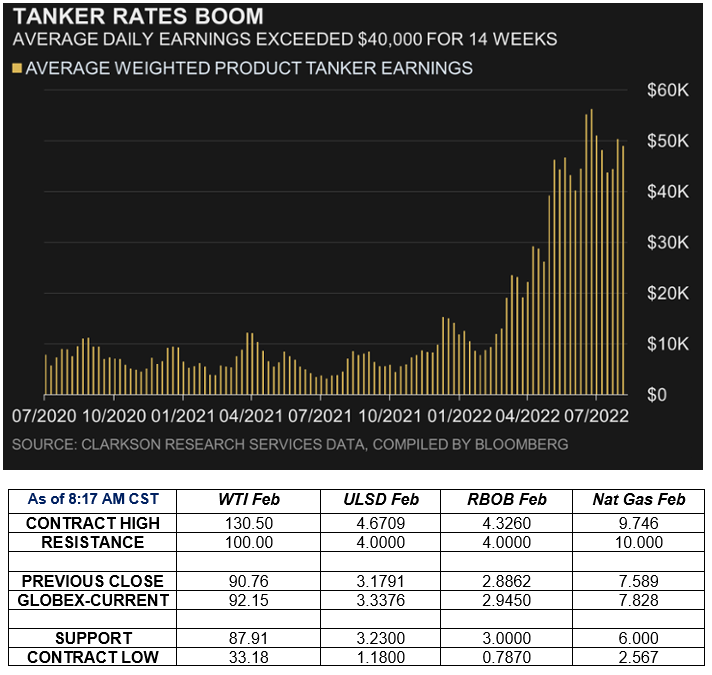