Outlook: Energies are looking for direction after rebounding off their lows early this morning. Reports that Russian oil flows are set to resume through the Druzhba pipeline sent markets lower to start the day with crude trading down over a dollar. Energies have since found a boost on a softening US dollar which is down over 1300 points following a less than expected CPI inflation number. US inflation continues to be a significant market mover with the Fed aggressively hiking interest rates to corral the economy. A bullish boost from the CPI could be paired with a bullish EIA report if we see a rebound in demand data this morning. Gas prices have been falling for nearly two months which may allow consumers to return to their seasonal driving habits during the final month of summer. Crude is trading near even while products remain mixed following the flow of early headlines.

Rhine River: The Rhine is set to become impassable this week which could disrupt up to $80 billion in trade. The river is forecast to drop to the critical depth of 40 cm early on Aug 12, falling to 38 cm later in the day. At that level, barges are effectively unable to transit the river. 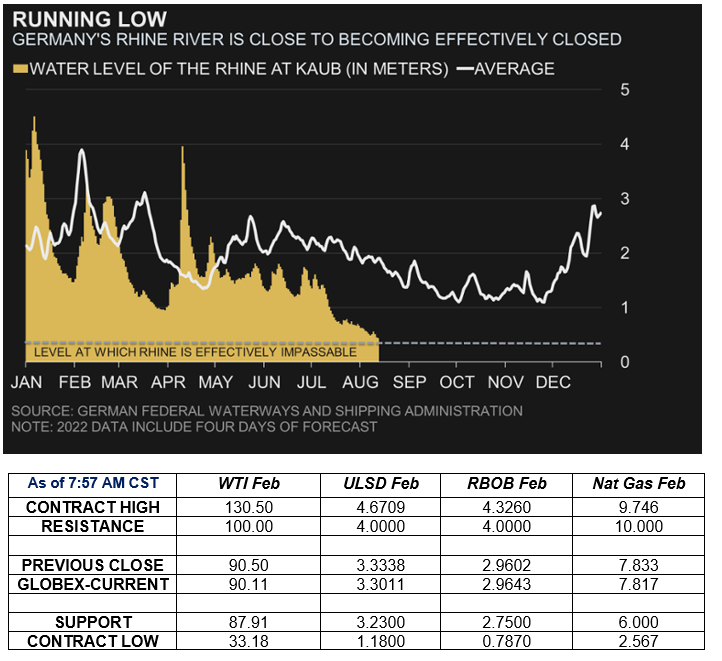