Outlook: Energies are pushing higher today following the trend established mid-day yesterday. Falling inflation and increasing gasoline demand have provided some macro-level optimism and helped support the market. Additionally, the dollar is seeing further declines which are favorable for commodities priced in the currency. OPEC and the IEA both released their monthly reports today with some conflicting viewpoints. OPEC is expecting an oil surplus this year while the IEA says world oil consumption is set to increase by 2%. Most notably, the IEA is forecasting a 20% decline in Russian output due to sanctions going into effect at year-end. Volatility is expected to continue as energies bounce off 6-month lows. Nearby crude may look to test resistance at $94.96 (200-day MA) by the end of the week if the trend persists.

Retail Gas: Retail gas prices have fallen below $4 a gallon for the first time since early March according to AAA. Prices have been falling for nearly 2-months with demand following suit. US gas demand saw a bump this week increasing by almost 7% which could signal the drop in prices has put consumers back on the road. 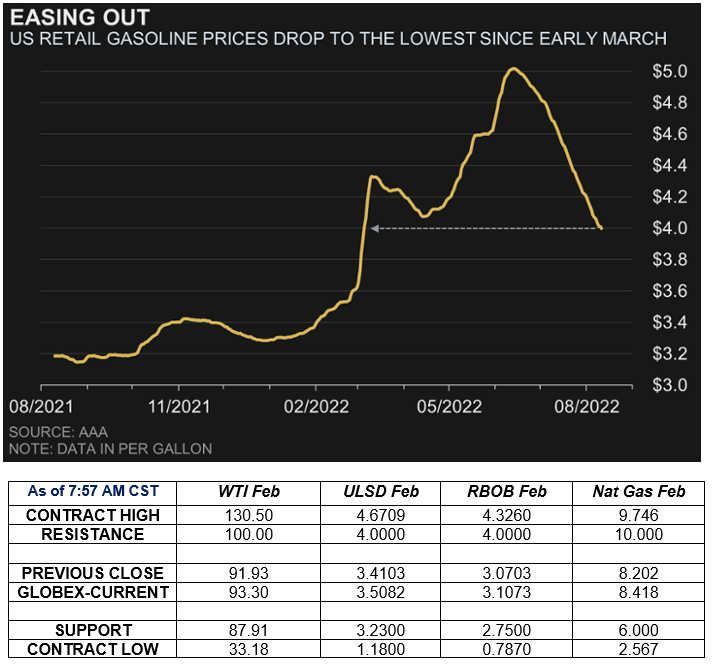