Outlook: Energies are on track for a weekly gain but remain suppressed by macroeconomic fears. The market digested conflicted demand views between the IEA and OPEC yesterday but ultimately pushed higher. Nearby crude has tested the 200-day moving average twice but has been unable to hold its ground. Some macro optimism did return to the market this week with inflation falling and demand figures increasing. University of Michigan consumer sentiment shows the metric falling after gas prices rose past 3 dollars which could signal that further declines at the pump are necessary to reach pre-pandemic levels. The options for crude still suggest a downtrend is in place with bearish put options trading at the highest premium over bullish calls since February. Crude is currently down over 2 dollars on the day while gas and diesel are mixed with marginal movements. 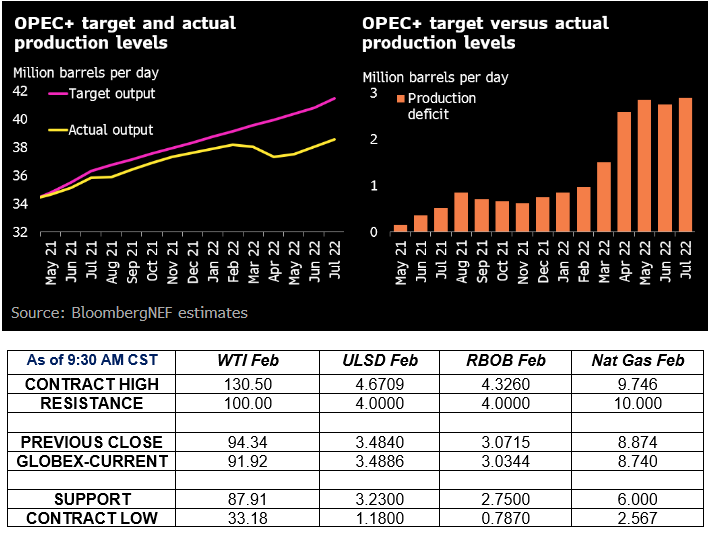