Outlook: Energies are trading sharply lower this morning as new Chinses economic data shows that the largest consumer in the world is importing less crude oil and diesel than they have in over 2 years. The rest of the market was forced down by the news. Diesel continues to be the strongest leg of the market with ever-tightening inventories, particularly in the Midwest. This week’s schedule will see API estimates Tuesday Afternoon at 3:30 PM CT, Wednesday we will have the new EIA stats at 9:30 am CT.

Nat Gas VS Crude:  As Natural gas prices soar overseas Henry Hub futures have bounced higher as well. This surge makes more oil-based products more financially feasible where regulations allow it. This could have the potential to lower nat gas demand and provide a bump in oil demand. 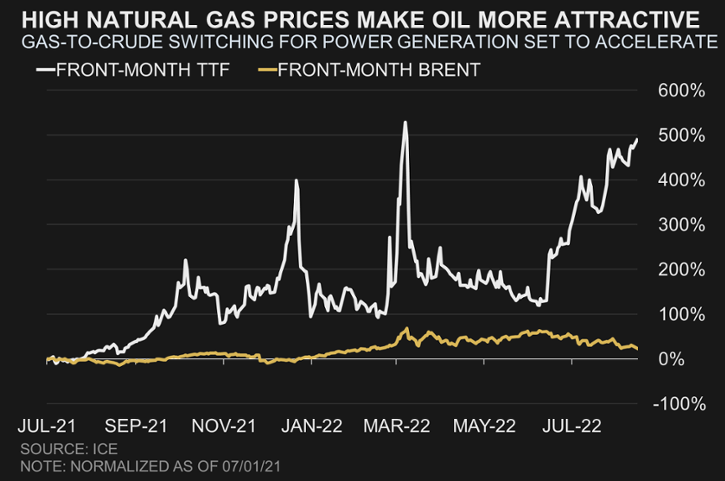