Outlook: Energies are mixed to start the day as they look for direction following yesterday's significant selloff. Crude set fresh six-month lows following soft economic data across the globe. The EIA is forecasting US shale oil basins to reach their highest output since March 2020 next month and the Permian Basis output is expected to reach a record high. The US will continue to look to replace the supply coming from the SPR which is scheduled to end by the end of October. US production likely won’t be able to pick up the slack despite its growth, however, an agreement on the Iran Nuclear would be the ideal candidate. An agreement would allow Iran to add 1 million bpd of production which the US would look to for additional imports. Domestic fundamentals will return to focus tomorrow when the EIA releases its inventory data. Demand showed signs of recovery last week which helped boost overall economic sentiment and will likely be in the spotlight again this week. 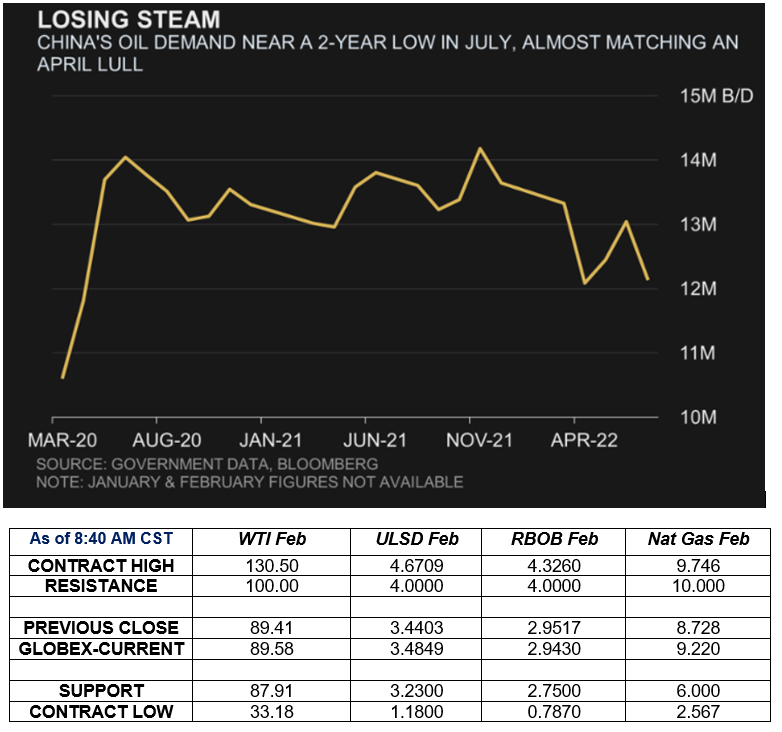