Outlook: Energies are off their lows this morning after crude pushed into the $85 range. The markets are weighing recessionary threats following China’s comments stating they would take steps to boost a flagging economy. Additional downside pressure is coming from the developing Iran nuclear deal. The Biden administration is currently weighing Iran’s response to the EU final proposal, and officials on both sides remain optimistic a deal could emerge. Goldman Sachs expressed doubt regarding the deal coming to fruition and also stated new barrels wouldn’t hit the market till next year if it did. The EIA will release inventories this morning at 9:30 CT. The API survey showed draws across the board while Reuters estimates predict a similar outcome.

Iran Oil: When sanctions were eased following the 2015 nuclear deal, Iran’s crude output increased by a larger margin than analysts had predicted. Iran’s infrastructure is expected to be in good condition, there is speculation that a similar outcome could be seen if a deal is struck. The Persian Gulf nation also has an estimated 100 million barrels of crude and condensate in storage that could be released immediately. 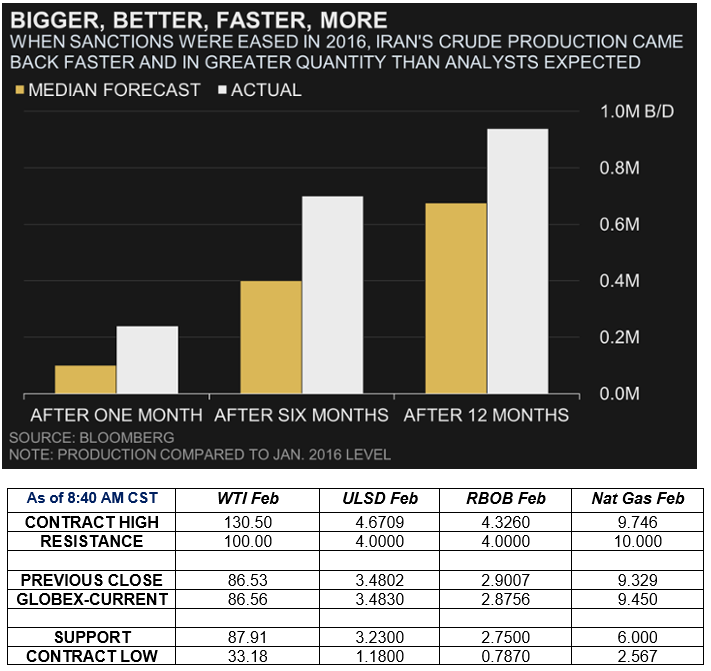