Outlook: Energies are mixed this morning with crude and RBOB sharply lower. ULSD and Nat Gas are higher. The Nordstream pipeline is expecting shutdowns from Russia, and this has moved Henry Hub higher. A potential Iran Nuclear deal has the market looking lower in oil along with poor economic data has pulled gasoline lower as well. This week’s EIA report could either propel the downward spiral is there are builds. The market could receive a bounce if we see more significant draws.

Iranian Crude Production: When the first deal was struck Iran came back fast and furious with its production. If they went from current levels to records it may only take 6-12 months. 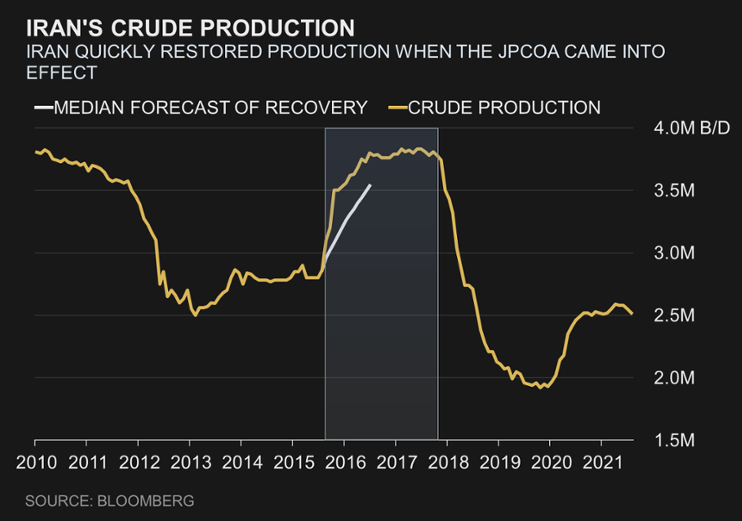