Outlook: Energies have bounced around this morning and are mixed currently. Crude and diesel are higher following draws in the EIA report. Natural gas has rebounded today on higher European prices and flooding in the Dallas Metro Area. Overall tight inventories are still gripping the market and providing some support. Gasoline demand being lower is not a great sign for the economy and could act as a leash for the ULSD and WTI markets.

Propane Exports: Propane exports hit a record high last week as inventories creep ever closer to the five-year low. This could see propane finding strength vs crude. The propane has disconnected from Natural gas and has been much closer related to WTI crude. Historically propane and nat gas have been similar in their trends up until recently. 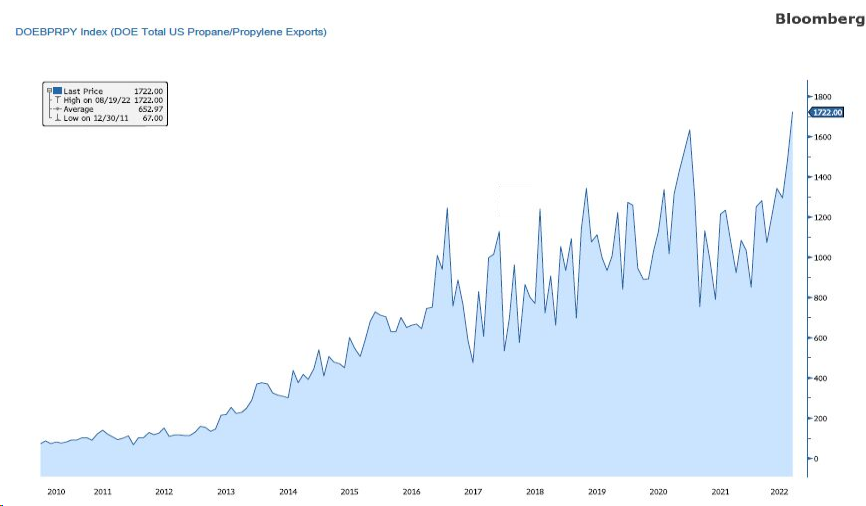