Outlook: Energies are finding strength across the board this morning. Supportive inventory data along with the possibility of OPEC+ cutting production has given strength to the market. The nuclear deal still looms after the US responded to the EU’s proposal however if a deal is struck, it could further incentivize OPEC to drop production to counter the supply increase. Macro markets are also providing support with equities and metals moving higher while the dollar moves lower. Further macro influence will likely be found tomorrow when the Fed holds its Jackson Hole symposium. Fed Chair Jerome Powell will speak on the economic outlook at 10 a.m. Washington time and is expected to re-state the Fed’s resolve to keep raising interest rates.

Petroleum Exports: US shipments of crude and refined products have pushed to a fresh record and surpassed 11 million bpd. Crude saw a decline in exports but still remains elevated compared to the average while diesel exports surged by 20%. Europe is racing to bring in as much product as possible before the Russian import ban takes effect at the end of the year. 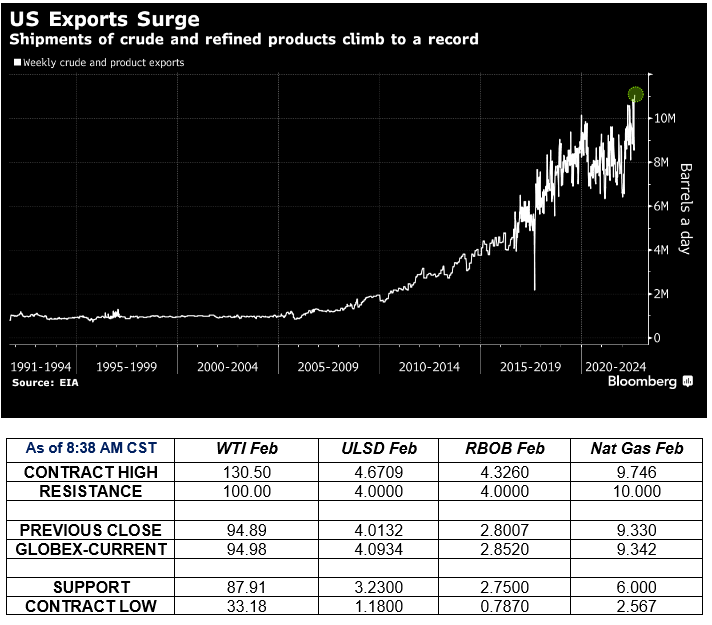