8-29 Markets Mixed to Start the Week

Outlook: Energies are mixed this morning as crude finds strength while the ULSD market is decidedly lower. Europe continues to catch the world’s eye as energy prices soar and lower-income families struggle to meet the high costs. The domestic Natural gas market is also higher this morning after dipping below zero early. There has been a lot of anticipation of a new Iran Nuclear deal, but it sounds like there are still significant hurdles that could take up to a month to sort out. 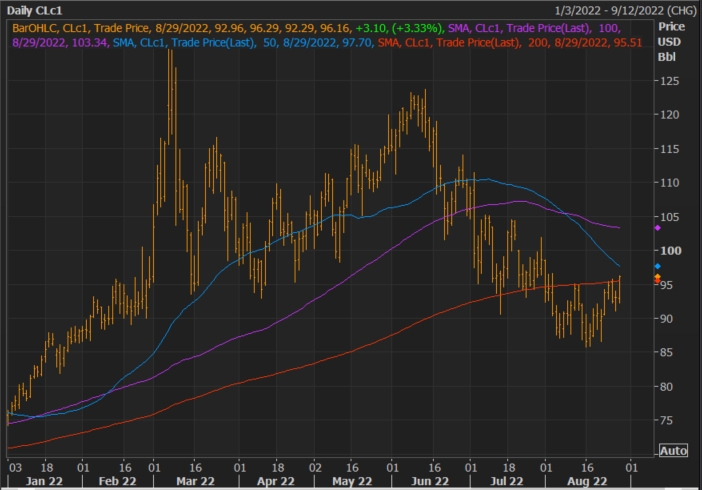