Outlook: Energy markets are continuing their downtrend today marking the third consecutive day of declines. Chinese lockdowns have resurfaced in the headlines with reports of an outbreak in Chengdu. Chengdu contains 21 million citizens and accounts for 1.7% of China’s GDP. The city has reported 157 new cases and represents the largest city to lockdown since Shanghai. The demand outlook for China is trending towards 9-10 million bpd, down from 10-12 million bpd in recent years. OPEC’s Joint Technical Committee met yesterday and lowered their 2022 oil surplus by 500,000 bpd. OPEC is navigating a volatile environment with major producers such as Libya and Iraq at risk for disruption due to civil unrest. The G7 is scheduled to meet tomorrow to discuss a price cap for purchasing Russian oil. Unanimous support and discipline will be necessary for the policy to prove effective.

Gasoline Demand: The four-week rolling average of gasoline demand sits at 8.87 million bpd which is nearly 600,000 bpd below the 5-year average. US gas demand rose 157,000 bpd week-over-week in the second to last week of the driving season which ends on Labor Day. 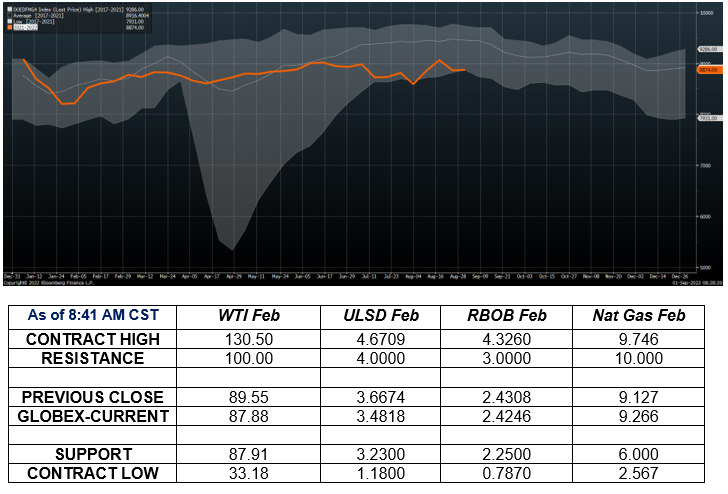