Outlook: Energy markets are mixed to start the day with crude and gas finding strength while diesel trades lower. Energies as a whole are relatively oversold following the week of steep losses. Oil has fallen nearly 11% over the past three days with various bearish market movers entering the headlines. Chinese lockdowns and recessionary signals hold a strong grip on the market and have prevented significant upside moves. Oil has found support near $85 which it has tested multiple times over the past few weeks following selloffs. Supply fundamentals remain relatively bullish, however, the tightening market is being offset by continuous threats to demand. OPEC+ will meet on Monday next week where they are expected to keep production steady. The possibility for a production cut did gather discussion following comments from Saudi Arabia but given some of the civil unrest occurring with major producers, the chance grows more unlikely.

Refinery Outages: Global refinery outages were estimated at 1.23 million bpd, compared with 858,000 bpd last week according to Bloomberg data. Roughly 566,000 bpd of refining capacity was offline in the US, and 67,000 bpd in Russia. 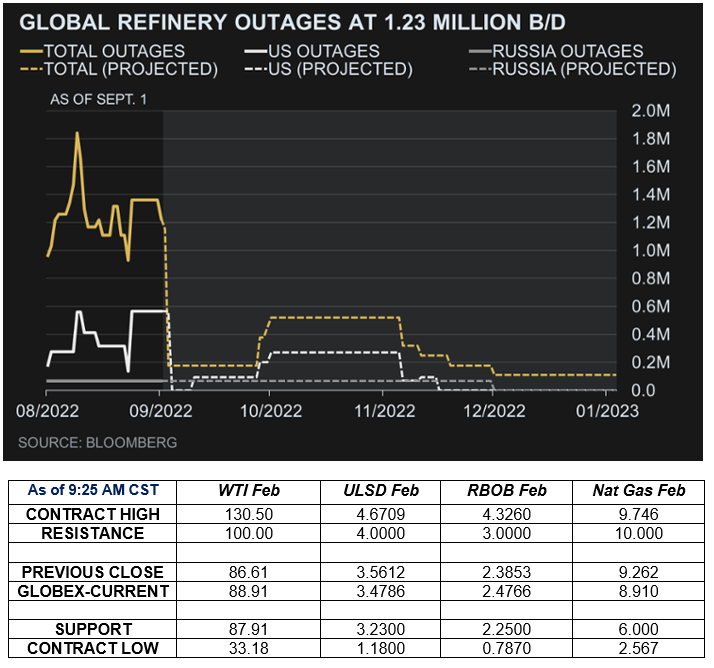