Outlook: Energy markets are working marginally lower today after the volatile shortened trading session yesterday. OPEC+ met yesterday and announced a 100,000 bpd product cut for October. While the production cut had been discussed over the last month, the market was leaning towards production remaining unchanged. Crude pushed back over $90 but has since retreated back to near even today with no official close due to yesterday’s holiday. The other significant headline involved natural gas with Russia announcing they are suspending flows through Nordstream 1 indefinitely. European gas prices surged by nearly 30% following the news but have reeled back into the high $50s today. US natural gas was relatively unaffected as we are already operating at our maximum export capacity, however, the long-term outlook will be increased flows to Europe as additional capacity comes online with the given circumstance. Additional lockdowns in China are providing downside pressure against the gains observed yesterday following the OPEC+ meeting. 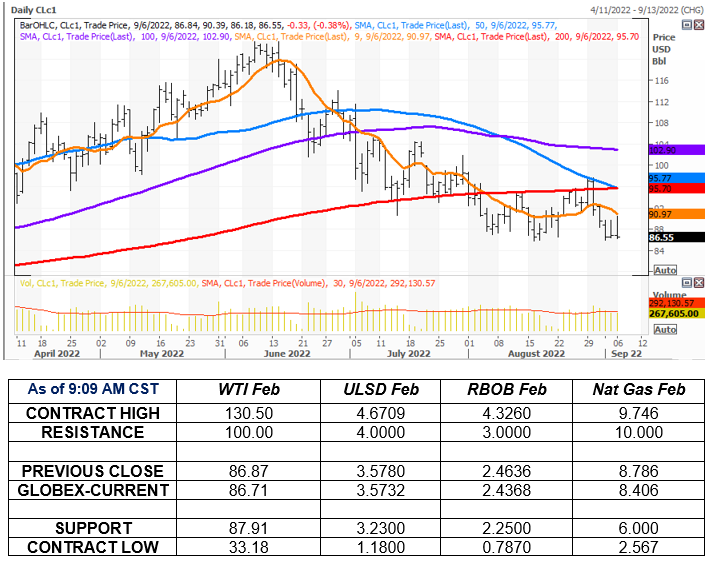