Outlook: Energies are looking for direction to start the morning following the selloff yesterday that pushed crude down to 9-month lows. Interest rates are increasing across the globe as countries attempt to suppress surging inflation. Both the ECB and BoC increased interest rates by 75 bps this week, with the US expected to see a similar increase towards the end of the month. China is one of the world's largest crude consumers and they continue to lockdown cities to combat covid outbreaks. The effect on their economy from lockdowns could cause prolonged demand concerns even when cases subside. The EIA will release their inventory report a half hour late today. The API survey showed a significant build in crude while other estimates are calling for draws.

Oil Exploration: The number of completed rounds of offshore leasing in the first eight months of 2022 is half of what it was in 2021. The total rounds completed for 2022 is on pace for their lowest level since 2000 according to Rystad Energy. 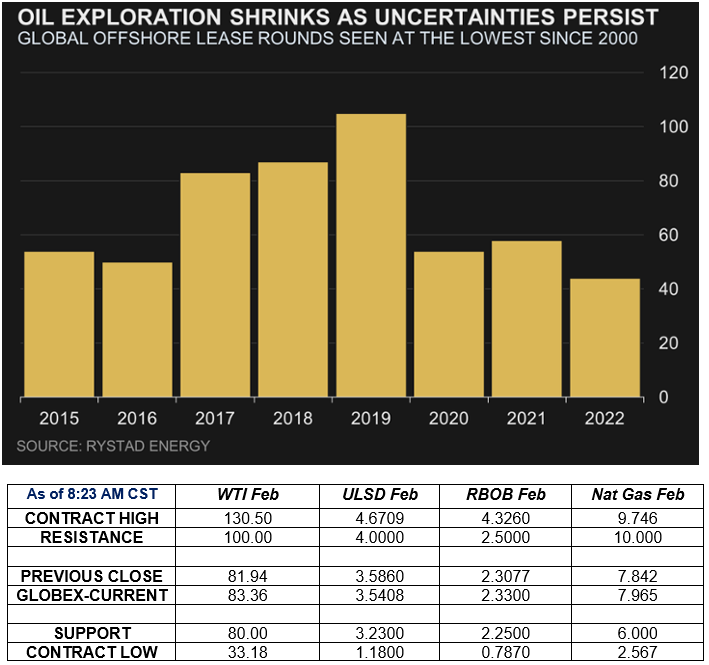