Outlook: Energies are looking for direction to start the morning after a higher-than-expected CPI number erased earlier gains in the session. The dollar index is surging after August CPI was reported at 8.3%. While inflation did decline, estimates were calling for a larger pullback. With inflation not pulling back as quickly as expected, the Fed may lean towards another 75 bp hike when they meet this month after momentum was shifting towards a 50 bp hike prior to the report. OPEC published its monthly report today with relatively no surprises leaving its growth forecast unchanged. The headline worth noting was Saudi Arabia hit 11 million bpd of production which puts them in line with their production targets. The API will report their inventory survey this afternoon to give us insight into what we may see tomorrow for the EIA report. The back-to-back record draws out of the SPR will catch attention based on whether the barrels stayed domestic or were exported last week. Look for macro influences to carry a larger influence on the market than fundamental data short-term.

Russia’s Revenue: Russia’s oil and gas revenues account for more than a third of the nation’s budget. Their revenue fell to an equivalent $11.1 billion last month, its lowest level since June 2021 according to their finance ministry. The decline represents a 13% drop from July and a 3.4% drop from a year ago. 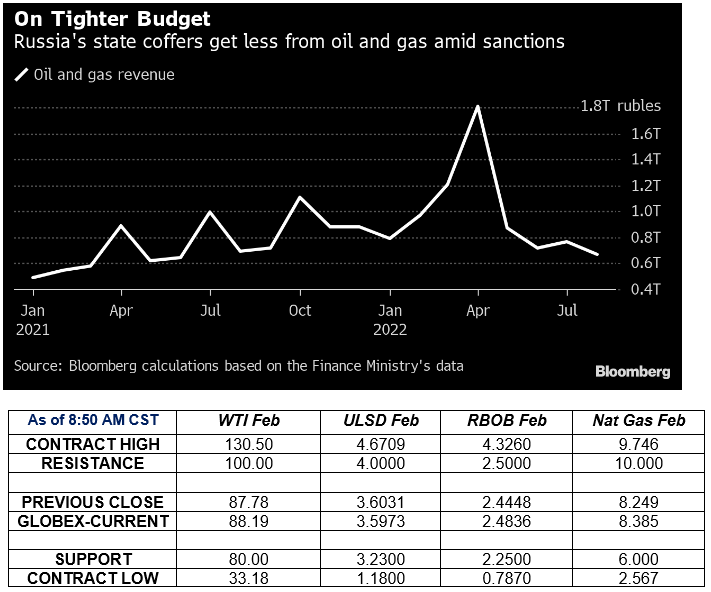