Outlook: Energies are bouncing higher this morning with the exception being diesel. Yesterday saw the market move lower after the CPI data that was higher than anticipated. The FED is rumored to be weighing a full percentage point increase in interest rates next week to combat the increasing inflationary issues. The market bounced back when the White House hinted that they may be buyers of crude at $80 per barrel to refill the ever-shrinking SPR. The EIA will release its inventory report this morning at 9:30 AM CT.

Russian Crude Revenue: Russia has continued to export crude oil to finance itself and its war efforts in Ukraine. However, with the price decline of crude that revenue stream is now quite as full as it was a few months ago. 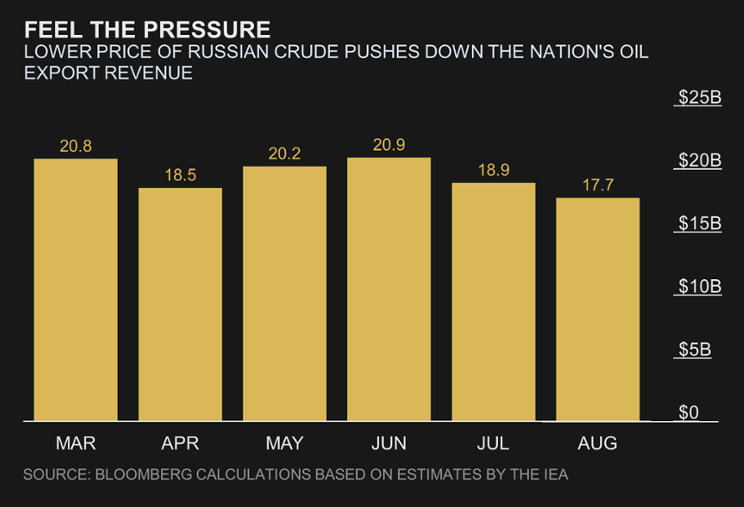