Outlook: Energies are seeing significant losses today with crude down 3% and products down ~5%. Markets are weighing macro fears along with poor demand data released yesterday. China is in the process of unwinding lockdowns, but the focus has shifted to the impact of lockdowns on their economy. China is looking at increasing fuel exports in an effort to stimulate its economy and likely help eliminate excess supply due to demand destruction. Yesterday’s EIA report revealed both gas and diesel demand is down roughly 10% compared to last year on a seasonal basis. The CPI data this week showed inflation falling at a slower than expected rate which may push the Fed to stick with a 75 basis point hike for next month. Overall, the macro scene is bearish and weighing heavily on energies. This trend may continue as long as recessionary fears remain in the spotlight.

Q3 Oil: Oil is on course for the first quarterly loss in more than two years. Central banks across the globe are tightening interest rates to combat surging inflation. The macro trend change has pressure oil off its highs and sent it below even pre-war levels. Recessionary threats continue to take priority over the tightening fundamental complex. 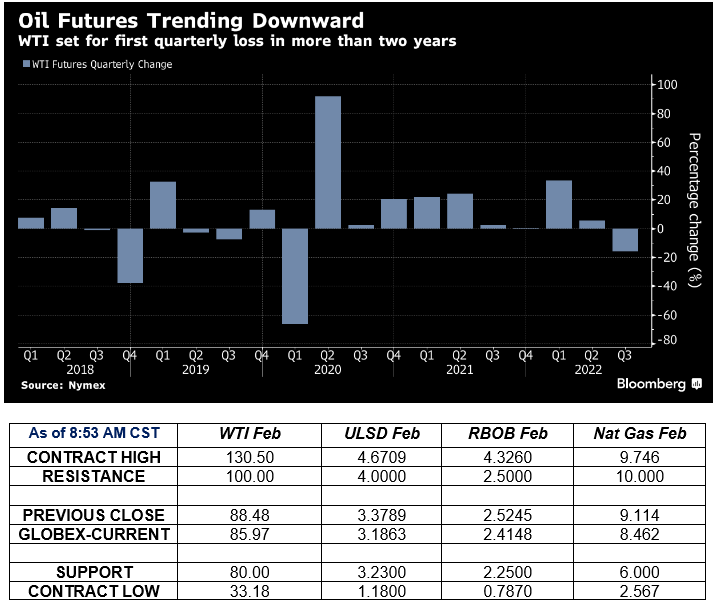