Outlook: Energies are steady this morning while crude is on track for its third consecutive weekly loss. The US dollar pushed back above 110 this week putting pressure on commodities with CPI data showing inflation falling slower than expected. The Fed will meet next week when they are expected to increase interest rates by another 75 bps. China also continues to put bearish pressure on the market with ongoing covid lockdowns and the potential for an increased fuel export quota. Demand data from the EIA this week also showed recessionary signals with both gasoline and diesel demand down 10% compared to last year. The bearish sentiment in the market looks to be holding steady with continued developments pressuring the market to lower and quickly capping moves to the upside. Recessionary threats may continue to be a priority in controlling the trend of the market until a significant bullish driver resurfaces.

Refinery Outages: Global refinery outages have been on the climb increasing to 937,000 bpd as of yesterday. The US has roughly 228,000 bpd offline while Russia has remained consistent at 67,000 bpd. 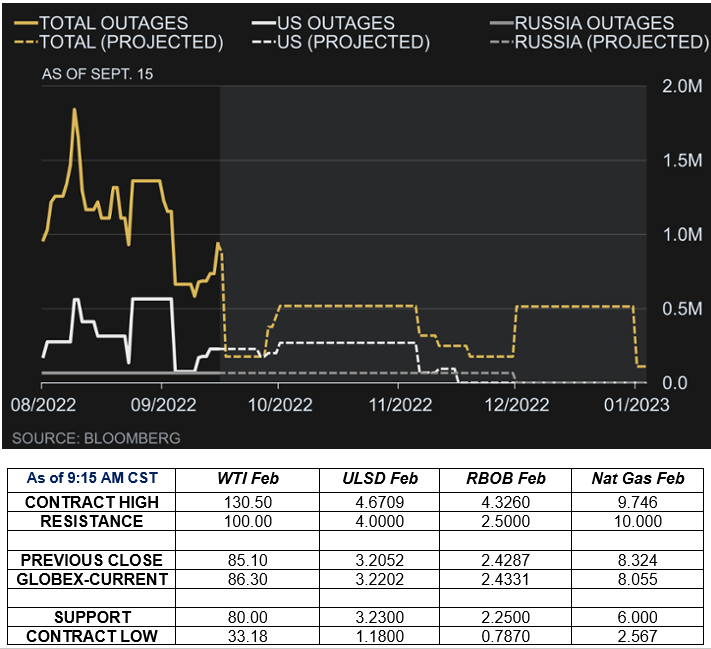