Outlook: Energies were lower overnight and have since bounced well off of their lows early this week. Demand fears as well as a strong dollar and potential interest rate hikes have put a lot of downward pressure on the market. Tight supplies as well as the potential for the US government to buy back oil to fill the SPR are giving some bullish headlines for the market to chew on.

UAE Production Increase: The UAE announced that they plan to accelerate its plans to increase its oil output. Their goal is to produce more than 5 million barrels per day in 2025.  They moved this deadline up from a previously announced deadline of 2030. 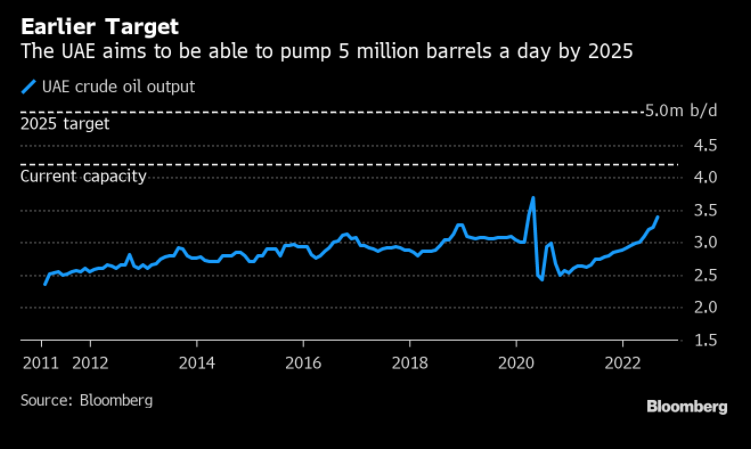