Outlook: Energies are trading on both sides today as news from the FED is being anxiously awaited. Russia and Putin made headlines by calling up a number of reserve troops to help in the fight against Ukraine. The market seems uneasy and has been looking for direction the last week. either of these stories could win out and set the market in a new trend or they may even out, and we continue to trade flat moving forward. My prediction is that demand will increase, and the market could see some slight movement higher.

98 Days of Lower Gasoline: The US national average price for a gallon of gas moved higher for the first time in 98 days yesterday. As the futures have fallen so has the price at the pump. While consumers have felt the relief the lower prices are likely to bring some demand back into the market as it becomes more affordable to get out and travel. 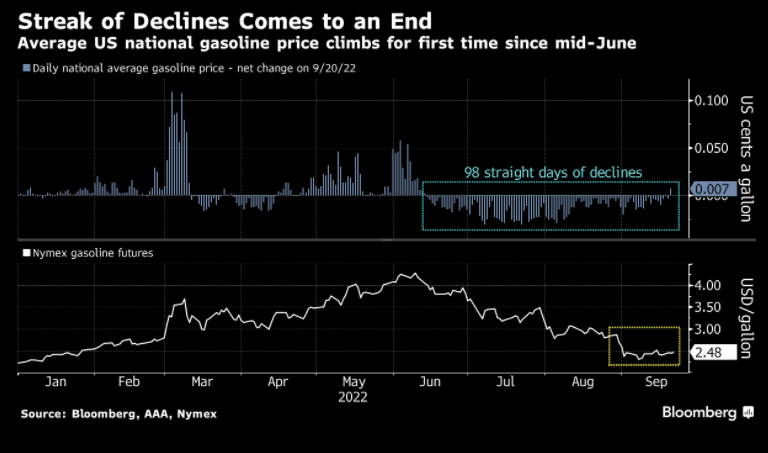