Outlook: Crude and products are higher today while natural gas observes marginal losses. A weaker dollar coupled with markets tipping oversold may be providing a buying opportunity today. Hurricane Ian will be in the spotlight this week with it set to make landfall in the eastern gulf later today. With the current track, major oil and refinery infrastructure is expected to be unaffected while a few rigs near the eastern gulf have been evacuated. Reuters is calling for a build in crude and gasoline, and a draw in diesel. Harvest is underway for the majority of the US and is estimated at 12% complete, which compares to 17% last year and 14% for the five-year average for this week. Diesel demand should see an uptick with harvest progressing into full swing with winter heating demand following closely behind.

Gas Prices: Gasoline prices have been on a steady decline since peaking in mid-June. The declines may be coming to a halt short term with gasoline cracks at their highest level since late August. The prompt gasoline crack is back above $21 today and may work to fill some of the gap established between $23.05 and $34.77. 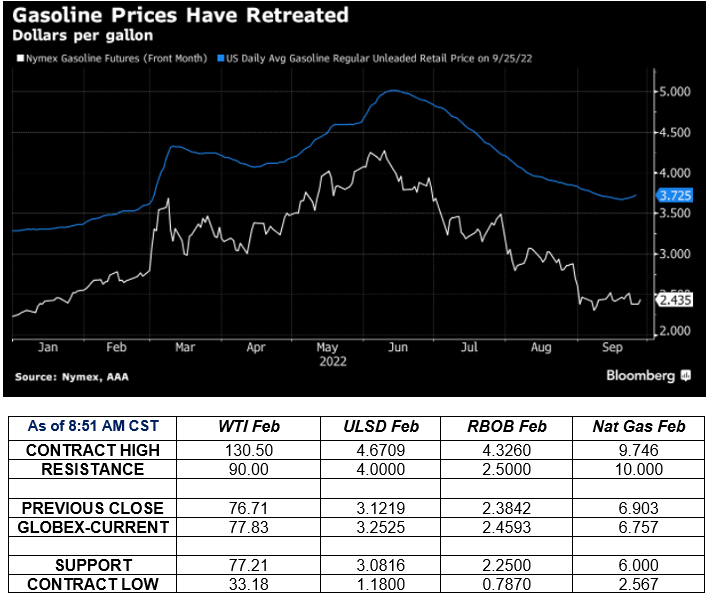