Outlook: Energies are mixed to start the morning after what was a convincing push higher in yesterday’s session. Hurricane Ian has moved through the Gulf which should allow shut-down production to resume. Roughly 157,000 bpd of crude production was offline as of yesterday due to the hurricane. While the US moves to bring production back online, OPEC+ may look to cut production when they meet next Wednesday. Reuters reported this week that Russia may propose that OPEC+ should cut production by 1 million bpd while other analysts are expected a cut between 500,000-1 million bpd. Macro influences have continued to pressure energies with The Bank of England saying they would buy as many long-dated government bonds as needed after the Sterling plummeted last week. The US dollar index is up over 300 ticks to start the morning looking to rebound after a 2,000-tick reversal lower yesterday off its highs.

Continuous ULSD: The prompt ULSD contract is testing its 200-day moving average today after its rally higher in yesterday’s session. The October contract is set to expire tomorrow with over a 10-cent inverse to the November contract. The diesel market is poised to be well supported with harvest underway and winter following closely behind. 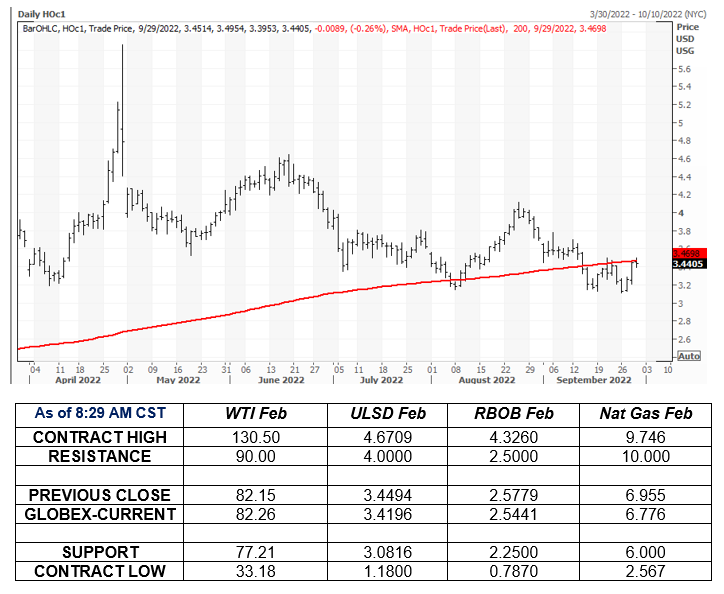