9-30 Market Looks to Close with a Weekly Gain

Outlook: The energy complex is once again looking for direction as we started the morning higher before selling off and subsequently having a nice bounce off of the lows. It still feels like overall economic concerns across the globe are winning the battle for influence in the market.

Refinery Outages: The refinery situation is still not great as we continue to hear that more refineries have delayed their maintenance in favor of historically great crack spreads. Refiners are running extremely hard (at over 90%). Eventually, they will have t do turnarounds and further maintenance to avoid hazardous working situations. The outage number also does not consider that the US alone has lost round 1 million barrels per day in capacity due to permanent shutdowns. 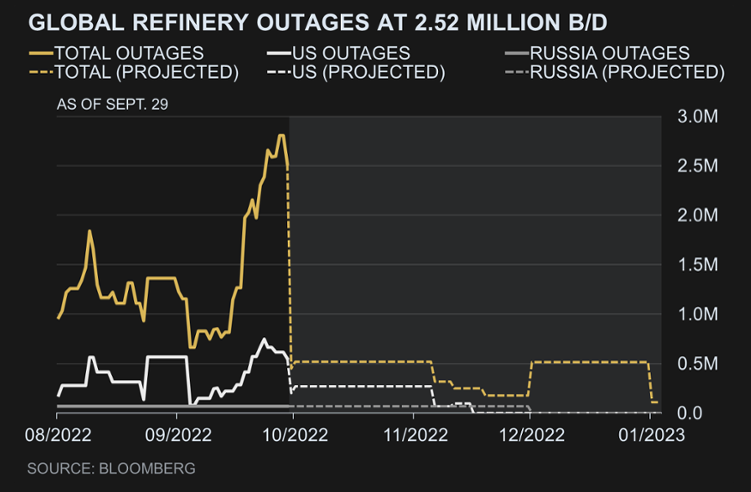