Outlook: Energies are pushing higher this morning with crude and products up roughly 5%. News developing over the weekend that OPEC+ may cut production in excess of 1 million bpd has provided a bullish start to the week. Various analysts were projecting a cut between 500,000 bpd to 1 million bpd, which allowed this new higher-than-expected number to surprise the market. OPEC+ will meet in person for the first time since 2020 on Wednesday where they will officially announce their plans for November. Outside markets may be assisting the move today with the Dow and S&P both up nearly 2%. The UK announced a turnaround, moving away from a controversial plan to cut the 45% top income tax. Additionally, the ISM manufacturing PMI came in at 50.9 and below the expected 52.2. The US dollar has slid 400 ticks to a new low on the day post report.

OPEC+: OPEC announced a symbolic production cut of 100,000 bpd for October at there last meeting, while this time around they are expected to cut production in excess of 1 million bpd. The group is lagging behind in total output by more than 3.5 million bpd as of August. While output targets drop, we should still see overall production increase with previous cuts being unwound. 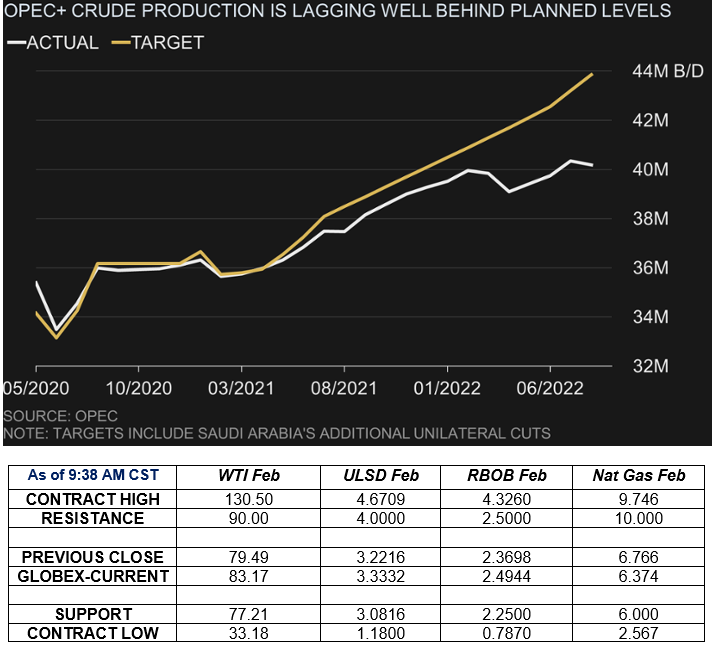