Outlook: Energies are finding strength for the second consecutive day with crude pushing past $85 for the first time in two weeks. Products are also finding strength both up ~10 cents to start the morning. The backwardation in crude and products has continued to increase over the last month fueled by planned/unplanned refinery shutdowns, returning Chinese demand, and the impending EU oil embargo driving export demand. The headline focus this week is on the OPEC meeting scheduled for tomorrow morning. The group is expected to cut production by over 1 million bpd, while Citigroup says a cut of 2 million barrels may be necessary to hold values that have been priced in ahead of the meeting.

US Gas Prices: After falling for nearly 100 days, the national average gas price at the pump has increased 12 of the last 13 days. Declining imports and refinery turnarounds are beginning to put stress on supply. The backwardation in the prompt RBOB contracts has increased by nearly 10 cents since September. 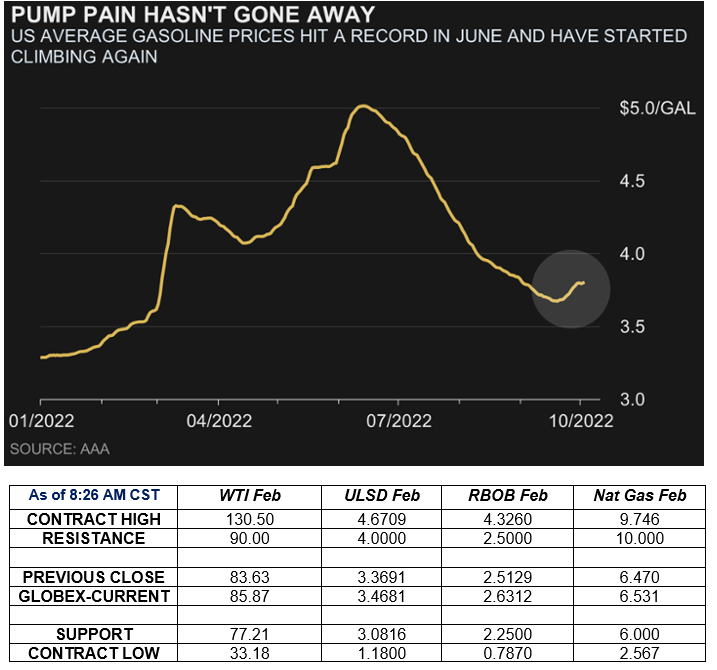