Outlook: Energies are again finding strength for the fifth consecutive day with oil heading for its biggest weekly gain since March. WTI closed above its 50-day moving average yesterday for the first time since June and has tested $90 today. The inverse in crude and products have continued to expand this week with the concern of near-term supply tightness growing. Diesel has been the strongest market in energy this week and is testing $4 today after opening the week at $3.2650. Depleted inventories ahead of a strong demand season both domestically and globally are helping drive the market. The US is exploring opportunities to replace crude production lost from OPEC’s cut however refining capacity may be the underlying bottleneck. Product inventories have failed to recover back to seasonal norms despite refinery utilization operating near 5-year highs for most of the year. A shift in the trend appears to be forming in the near term with supply concerns overpowering recessionary threats this week.

Chinese Imports: The number of tankers signaling for China climbed to the highest level since late April. Conversely, tankers headed for the US fell from last week’s two-year high according to Bloomberg. 110 tankers are bound for China over the next three months as Chinese demand attempts to rebound from lockdown lulls. 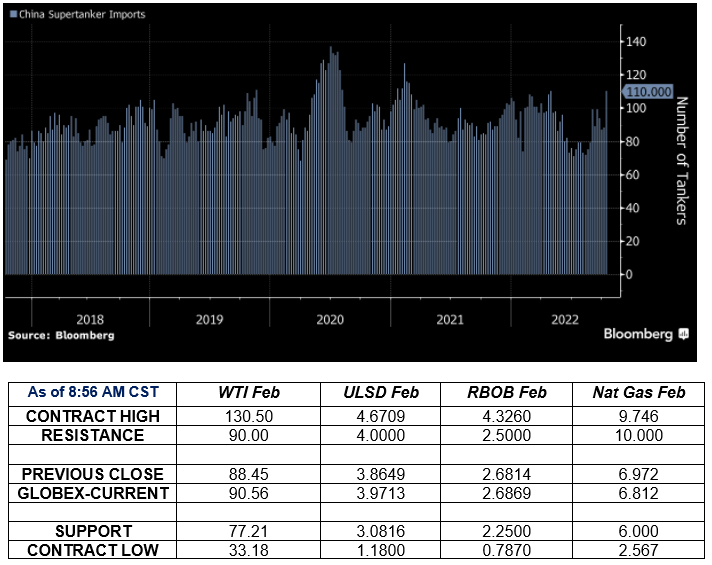