Outlook: Energies are falling for the second consecutive day with a lack of bullish news allowing for macros to increase their influence. Chinese demand remains vulnerable to demand destruction with rising covid cases following their holiday last week. Their flagship newspaper has continued to endorse the covid zero policy in place which relinquished hope that they would ease lockdown stipulations. China has increased crude purchases over the last month in order to prepare for their export quota as they look to take advantage of favorable crack spreads. The diesel market has become increasingly volatile ahead of the heating season and the EU’s Russian oil embargo going into effect on December 5th. France, who has been dealing with wage strikes at three major refineries, said they may seize control to return production as supplies continue to tighten. The market continues to show signs that the current refining capacity may not be able to keep pace with demand as supplies tighten while margins remain high.

Diesel Cracks: Diesel cracks are falling again today after peaking at $78.67 during yesterday’s session. Diesel’s premium to gas extended to an all-time high yesterday of $1.37, excluding the squeeze at the end of April which pushed to spread over $1.67 as the contracts expired. Refiners across the globe are finding incentives to produce as much diesel as possible with the absence of Russian products putting additional stress on tight supply. 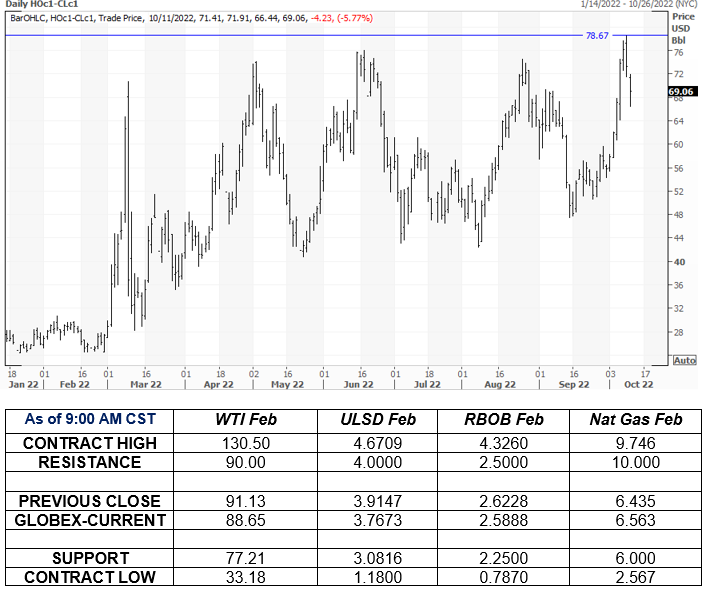