Outlook: Energies are mixed this morning with WTI and RBOB posting losses while ULSD is holding marginal gains. The downtrend has been tested this week with WTI surpassing $90 but macro pressures have resurfaced mid-week halting the rebound. US Producer Price Index beat estimates in this morning's report which may indicate inflationary pressures will take time to moderate. Inflation data will be posted tomorrow at 7:30 CT and is expected to fall from 8.3% to 8.1%. A smaller-than-expected drop could increase speculation that the Fed will take a more aggressive approach to interest rate hikes which could pressure commodities lower. The API will report its inventory survey today and the EIA will report its data at 10:00 CT tomorrow morning. Reuters is estimating a build in crude and a draw in both diesel and gasoline. 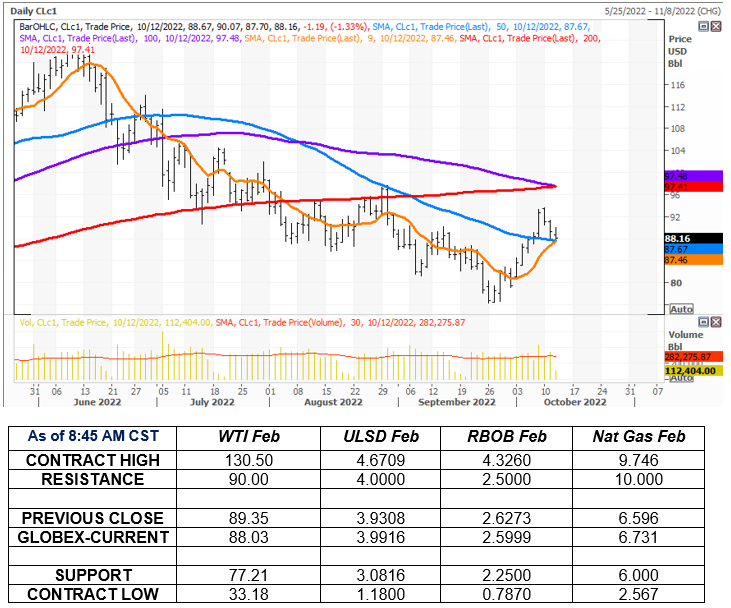