10-19 Markets Mixed Ahead of EIA Report

Outlook: The markets are looking for direction this morning while ULSD and Natural Gas see some weakness RBOB and WTI are seeing some strength. The EIA numbers should give us some direction for the day. The White House said that they will weigh the option of releasing more SPR barrels once the scheduled release of 180 million barrels is complete somewhere near the end of October or the beginning of November. The releases have been used to keep fuel prices lower for consumers but at some point, the small reserve could become a bullish point and push prices even higher.

US Gasoline Prices: Prices at the pump have slipped a lot from their highs earlier this summer but they have had a nice bounce off of those lows. I think that this is why the Whitehouse is looking to potentially release more barrels from the SPR. 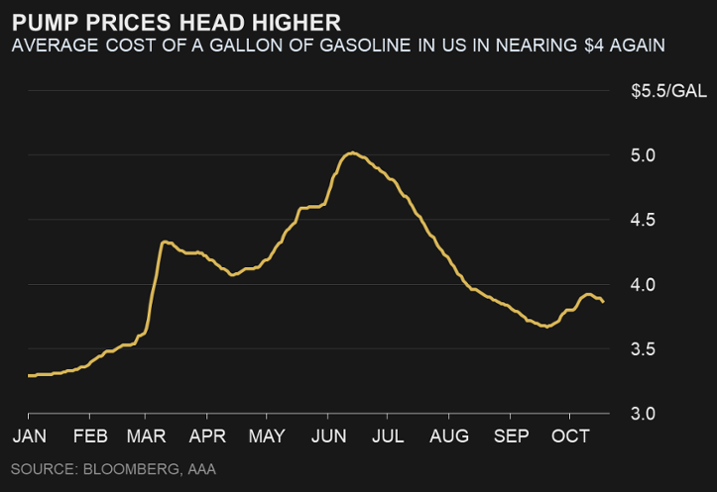