Outlook: Energies are edging higher this morning after holding losses in the overnight trade. China’s 20th Party Congress ended Saturday and the delayed 3Q data was released. China’s President Xi made the decision to transition its key policy-making committee to be made up entirely of his loyalists which came as a surprise to their market. Hong Kong’s Hang Seng Index fell 6.4% on Monday, marking its largest daily loss since the 2008 global financial crisis. Fundamental data out of China leaned more bullish with both oil imports and fuel exports posting gains along with a rebound in GDP. The weekend concluded with no changes in China’s Covid Zero policy will which poses an ongoing threat to demand. Expect macro data and demand monitors to drive the market this week unless a new supply disruption dynamic enters the picture.

Russian Exports: Seaborne crude exports from Russia fell to a five-week low last week. European sanctions targeting Russian exports have proven to have a growing impact with six weeks left before they’re to be officially enforced. Russian flows to China, India, and Turkey are were also 330,000 bpd off their 2.2 million bpd highs in June 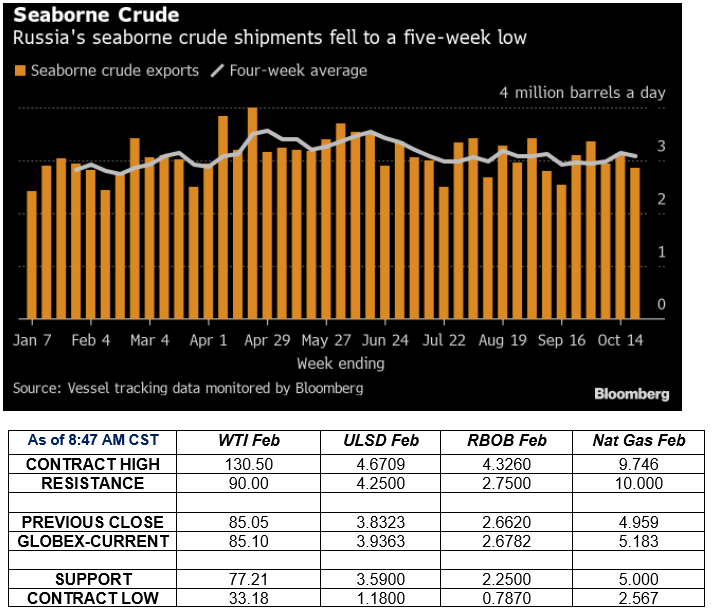