Outlook: Energies have traded on both sides this morning but crude and products have moved higher over the last hour. The market is tracking the ongoing covid battle in China, which recently shut down schools in restaurants in a city of 19 million people. China is looking to stoke demand despite lockdowns by increasing their export quotas for the end of the year. Despite the increase in oil imports month-over-month, oil demand remains 2% lower than last year. Financial markets are also in the spotlight with earnings shedding light on the health of domestic business activity, after the PMI yesterday showed a contraction for the fourth month in October. The dollar index is down over 1000 ticks this morning providing support for commodities. Following the API survey this afternoon and the EIA report Wednesday morning, we'll look for fundamentals to gain more traction.

Continuous NG: Nearby natural gas has seen a convincing downtrend since the end of August. The market may have found a bottom ahead of the heating season as demand begins to ramp up. Projections are for an inventory build between 50-60 Bcf last week, compared to four consecutive 100 bcf+ injections in weeks prior. 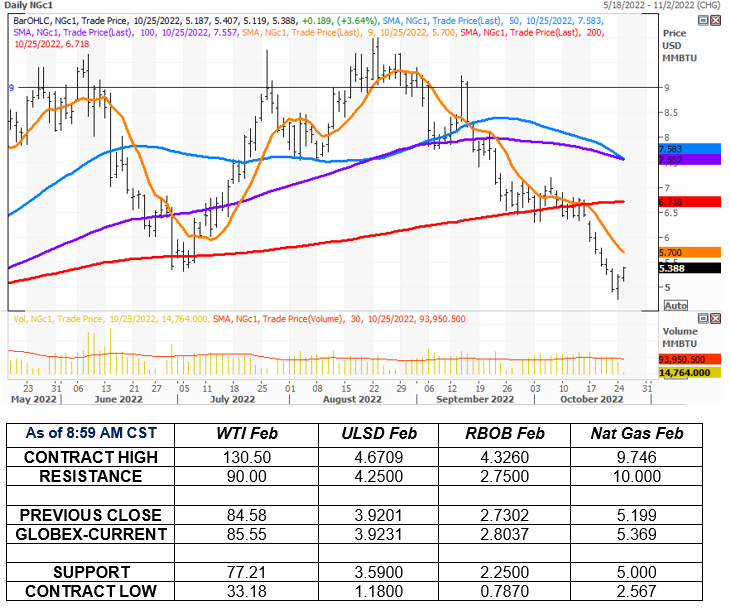