Outlook: As the market awaits the interest rate decision by the FOMC tomorrow, a softer dollar helps provide a layer of price support. The dollar has recovered from earlier lows however as better than anticipated US manufacturing data suggests the Fed will continue to be aggressive.

December ULSD Futures: Although daily ranges remain sizeable, December ULSD has recently traded in a range from around $3.50 on the lower end and $3.80 on the upper end with current trade at roughly the mid-point at $3.6679. 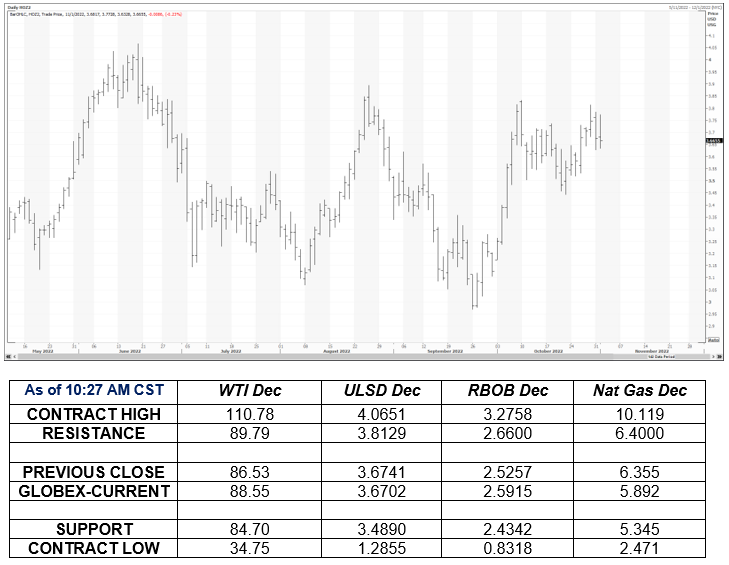