Outlook: Energies are stretching higher this morning with WTI and RBOB up 4% while ULSD trades near even. Earlier this morning, a former Chinese disease control official reported that there are “substantial changes” coming to China’s Covid-zero policy. Easing of the policy could provide an immediate boost to China’s economy which would support oil demand. Market tightness is also providing support today with further progress being made with the proposed price cap on Russian oil. Russia has stated they will not deliver oil to those participating in the cap which could further lower available supply. Expect volatility to continue with shifts in focus between fundamental tightness and macroeconomic woes.

Refinery Outages: Global refinery outages reached 2.85 million bpd last week according to Bloomberg data. Outages in the US fell to 365,000 bpd, down from 765,000 in the previous week. 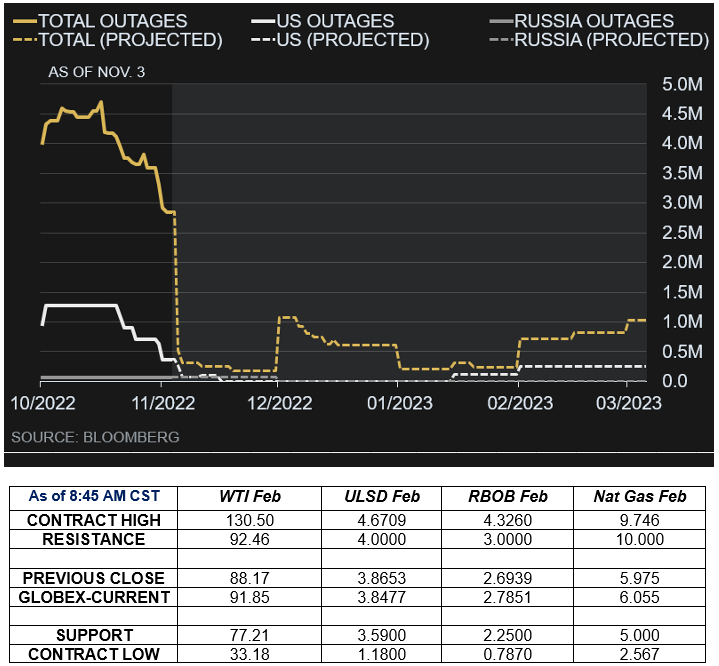