Outlook: Energies are working lower this morning maintaining the downtrend established to start the week. There have been no new developments out of China in regard to covid with cases climbing and the threat of lockdowns growing putting pressure on the market. The API reported a larger-than-expected build in crude inventories in their survey yesterday afternoon which pushed markets lower into the close. Both the API and Reuters are expecting over a 1 million barrel draw in diesel for last week. Additional attention may be drawn to East Coast inventories where there is a larger reliance on heating oil and a significant cold front working its way into the US this weekend. The EIA will release official data this morning at 9:30 CT.

EU Diesel Inventories: Diesel stocks in northwestern Europe are expected to hit their lowest levels in 12 years by the start of spring, according to Wood Mackenzie. With the EU’s embargo against Russia set for December, a sharp decline in inventories is forecast starting in January. 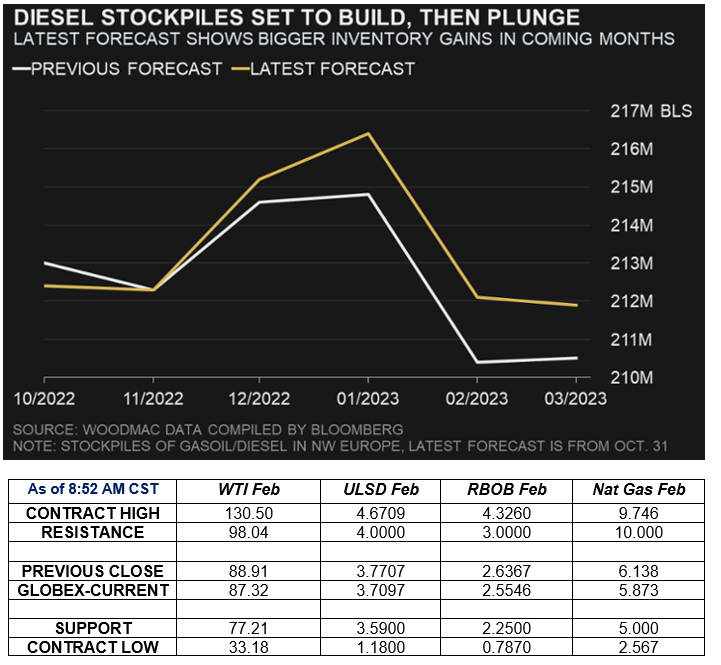