Outlook: Markets are mixed this morning with WTI and RBOB lower while ULSD and NG move higher. Crude is finding weakness following the continued climb of covid cases being reported in China. National cases have risen over 16,000 bringing a greater threat for mobility restrictions and demand destruction. Goldman Sachs thinks the most likely timeframe for when China may loosen restrictions is after their march parliamentary sessions. This scenario would heighten demand risk for the end of Q4 and into Q1 of 2023. OPEC+ has been reducing their demand forecast over the past two months stating China’s covid policies as a driver. This trend continued as they dropped their Q4 demand by another 520,000 bpd in their monthly report released today. OPEC+ will meet just one day before the EU’s Russian oil embargo takes effect next month.

DUCs: The EIA will release their Drilling Productivity Report today and provide new data on drilled but uncompleted wells. Over the past 26 months, more wells have been fracked than drilled, which reduces the supply of quick-and-easy wells to convert to production. A shift to building DUC supply can mean slower growth in production as companies pivot to drilling wells rather than turning them on with frack crews. 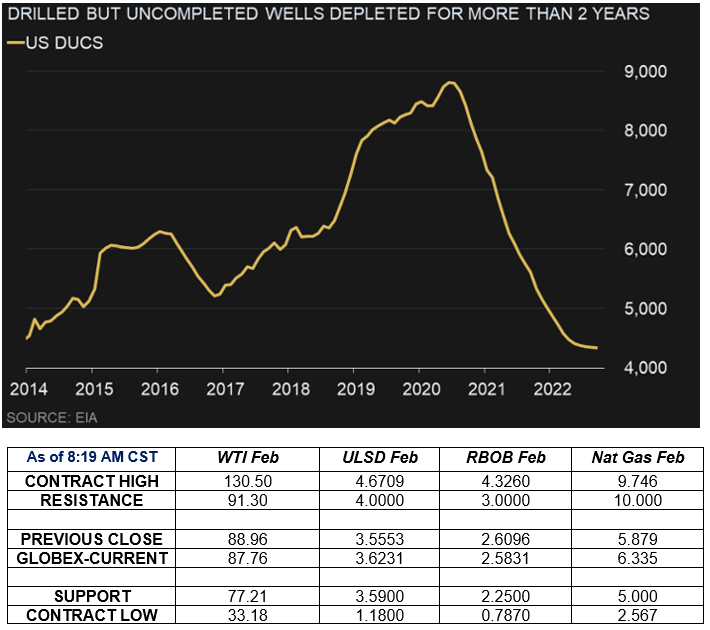