Outlook: Markets are again mixed this morning with WTI and RBOB lower while ULSD and NG move marginally higher. Continuous WTI managed to close below its 50-day moving average yesterday which could signal further weakness. Additionally, China saw an increase in covid cases today which continues to grab the spotlight as it poses a significant threat to oil demand. JPMorgan dropped its 2022 and 2023 growth forecast for China today anticipating lockdowns to leave a long-lasting effect on their economy. The markets may find direction following the US producer price index this morning at 7:30 CT before turning to fundamentals with the API reporting this afternoon and the EIA confirming data tomorrow morning.

Russian Seaborne Exports: Russia’s seaborne fuel exports rose to their highest level since 2017 this month. The average daily exports of oil products have risen 22% in the first 10 days of the month to 3.17 million barrels according to Kpler. 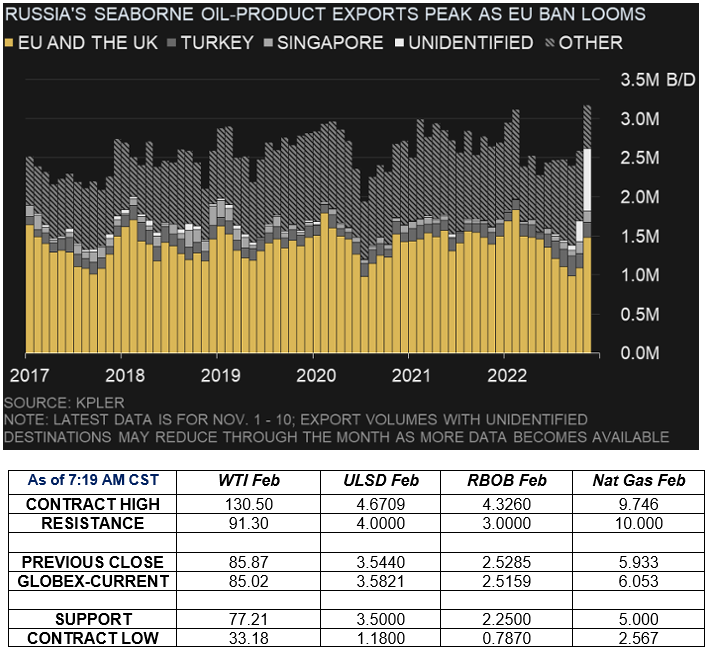