Outlook: Energies are lower across the board today with headline volatility roaring back this week. President Biden has made an effort to defuse tensions following a missile that entered Poland and killed two citizens. The president stated that Poland’s missile defense was likely the culprit of the explosion but was still an effect of the Russian barrage. The Druzhba pipeline which carries oil from Russia to eastern Europe is still experiencing disruption. The pipeline carries roughly 1.3 million bpd of supply but it's unclear how much supply was moving through the pipe at the time. The EIA will report US inventories at 9:30 CT. Trade estimates are looking for a crude draw between 400,000 and 5.8 million barrels.

Continuous ULSD: Nearby diesel has continued to test a few of its moving averages over the last week but has yet to show a breakthrough. Diesel has shown resilience to some of the more significant moves lower in crude but a move higher may be necessary to allow diesel to break the technical wall. 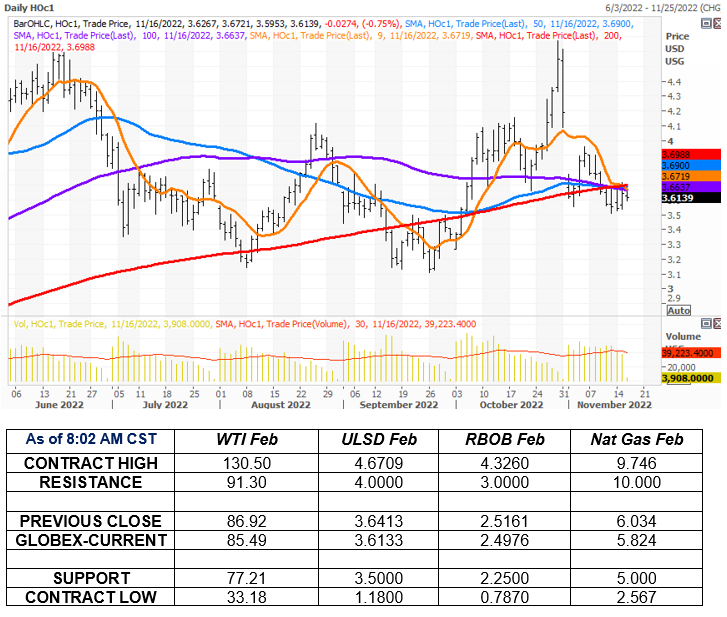