Outlook: Energies are continuing the downward trend today with crude and products observing losses. Decreasing geopolitical tensions and falling demand forecasts appear to be the market drivers this week. NATO and Poland confirmed the stray missile was likely from Ukraine’s defense system reducing speculation that NATO would take defensive action. China continues to report rising covid cases while reducing crude volumes from their main suppliers for December. Analysts have continued to drop their Chinese demand forecasts for the end of this year and next which has put pressure on the market. WTI’s prompt spread is at its weakest level since September which may be driven by the prospect of demand destruction. OPEC+'s 2 million bpd production cut is in effect this month and may act to offset some of the threats to demand.

Saudi Exports: Saudi Arabia has cut oil exports sharply this month in cooperation with their OPEC+ agreement. Exports were down by 430,000 bpd through the first half of November according to Kpler. Chart sourced from Bloomberg. 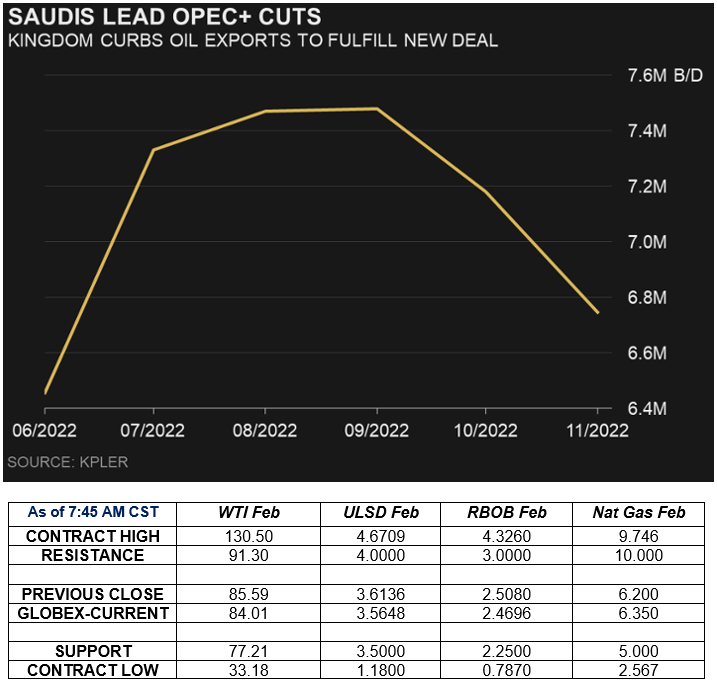