Outlook: Crude and products are riding the reversal from yesterday driven by mixed headlines regarding OPEC’s production. The complex erased steep losses after Saudi Arabia denied claims of conversations involving an increase in production. They also reiterated that the current 2 million bpd cut is expected to be in effect until the end of 2023, but adjustments could be made if necessary. China is still seeing covid cases rise and Beijing moved to shut down parks, shopping malls, and museums, but the market appears to be shrugging it off for today. The API will report inventories this afternoon and the EIA will confirm data tomorrow morning. Reuters is expecting a draw in crude and diesel, and a build in gasoline.

Gasoline Prices: Gas prices in the US have fallen to their lowest level since March and near pre-war levels. AAA reports the national average at $3.662, down from over $5 in June. Global demand concerns have helped the market maintain a downward trend. Chart sourced from Bloomberg. 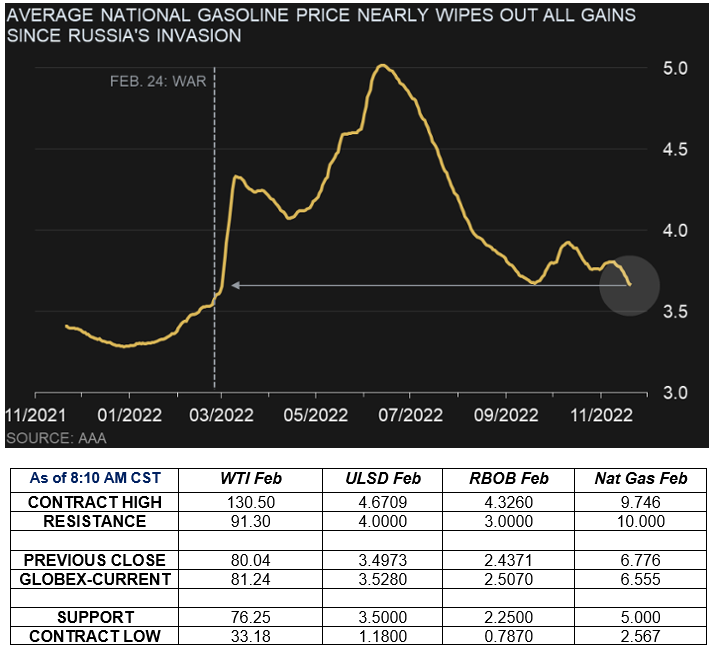