Outlook: Markets are mixed to start today’s session with WTI trading higher while products move lower. Energies were higher across the board early this morning however a higher-than-expected nonfarm payrolls report backed the market off its highs. The EU tentatively agreed on a price cap level of $60 and if finalized will go into effect on Monday. Adjustments will be made to the cap as necessary to assure its effectiveness by keeping it below market values. The market will watch closely over the next few weeks to see if Russia will completely cut off flows to countries participating in the cap. OPEC+ is scheduled to meet on Sunday and is expected to maintain its current production cut. Any surprises that come from the meeting could have an exaggerated effect on the market due to the announcement coming during the thinly traded Sunday night session. Because the meeting is being held virtually, many anticipate they will roll over until their next scheduled meeting.

Prompt RBOB Spread: The prompt RBOB spread has flipped into contango following the expiration of the December contract. The carry is maintained throughout the curve through May providing profitability for storing product into spring. 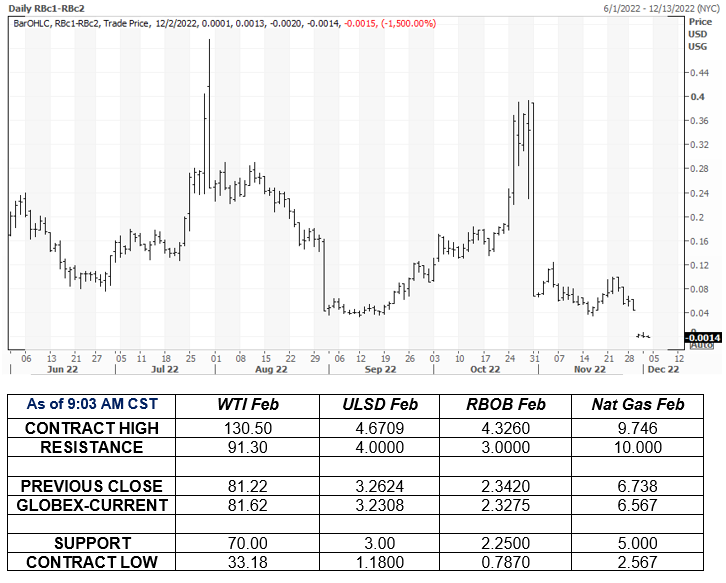