Outlook: Energies are mixed to start the morning with crude and diesel working lower while gasoline works higher. The market is working with a lot of uncertainty surrounding the sanctions imposed on Russia this week and the real impact on supply. Until we see the data, speculation appears to lean on Russian flows being maintained. Macro pressure remains in the market with recent reports suggesting an expanding economy despite the ongoing interest rate hikes. The Fed is scheduled to meet next week to announce the next round of increases. Reuters is estimating another draw in crude and builds in both products for last week. The API will report their inventory survey this afternoon to give us further insight on what we might see tomorrow morning when data is confirmed by the EIA.

WTI Curve: WTI’s forward curve continues to slip further into contango, where nearby contracts trade at a discount to deferred contracts. When supply becomes less scarce, deferred contracts develop a premium due to storage fees applied to protect against volatility. US inventories have started to draw again with SPR releases slowing which may slow or halt WTI’s move deeper into contango. Chart sourced from Bloomberg. 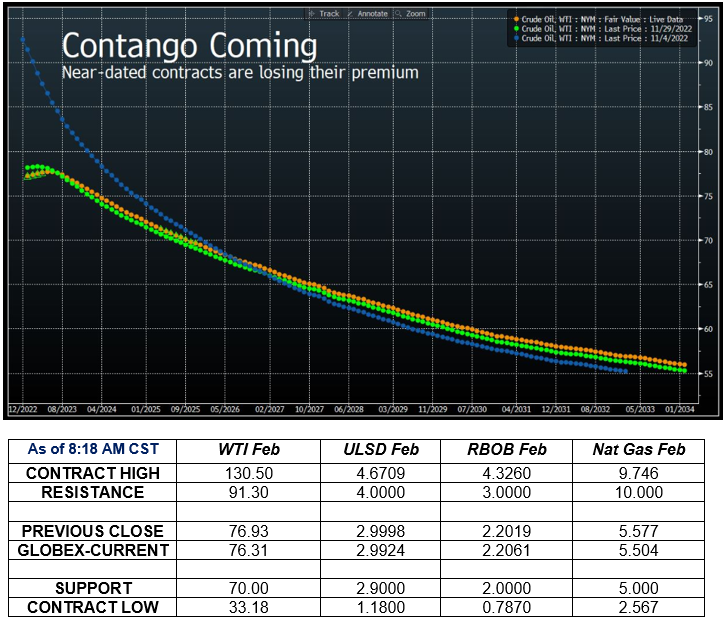