Outlook: Energies are mixed to start the day with crude edging higher while products move lower. China continues to unwind some of its covid restrictions at a pace faster than expected. They will now allow infected people with mild symptoms to quarantine at home and will no longer test people traveling domestically. Their economy is showing signs of resilience to this recent covid wave with oil imports at a yearly high in November and copper imports at all-time highs. The market is still showing concern regarding a recession next year with major banks reiterating their warnings. November CPI will be reported next Tuesday followed by the Fed’s rate decision on Wednesday. The EIA will report inventories this morning with the trade looking for a significant draw in crude and builds in both gasoline and diesel.

Chinese Imports: China imports 11.42 million bpd in November, up 12% from October. Chinese demand is expected to fall in December; however, this marked their highest import level since January. 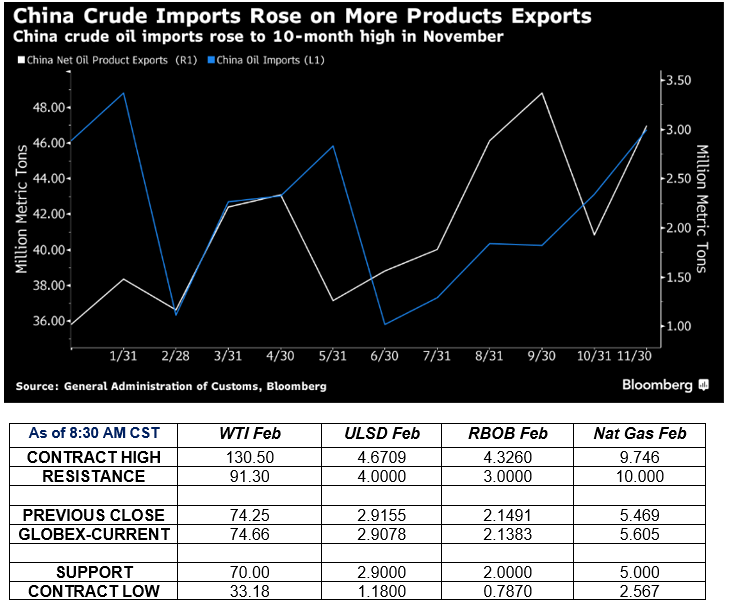