Outlook: The energy complex is weaker to start the day as the weekly rally appears to have run out of steam. Headlines are relatively quiet today but we did see another round of mixed market drivers out of China. China’s economy showed further signs of slowing last month while their oil processing rates hit 12-month highs. Increased export quotas have been a key oil demand driver for China as covid restrictions have dampened their domestic demand. Mobility data suggests activity is climbing with a busy travel season anticipated in January. The Keystone pipeline has been partially restarted today with full resumption of flows expected by December 20th. Canadian crude prices were relatively unaffected by the disruption due to ample spare storage capacity.

Prompt WTI Spread: The front-month WTI spread remains in contango but has strengthened off its lows. Near-term concerns of oversupply have been temporarily reduced with the Keystone pipeline disruption and the prospect of rising Chinese demand. 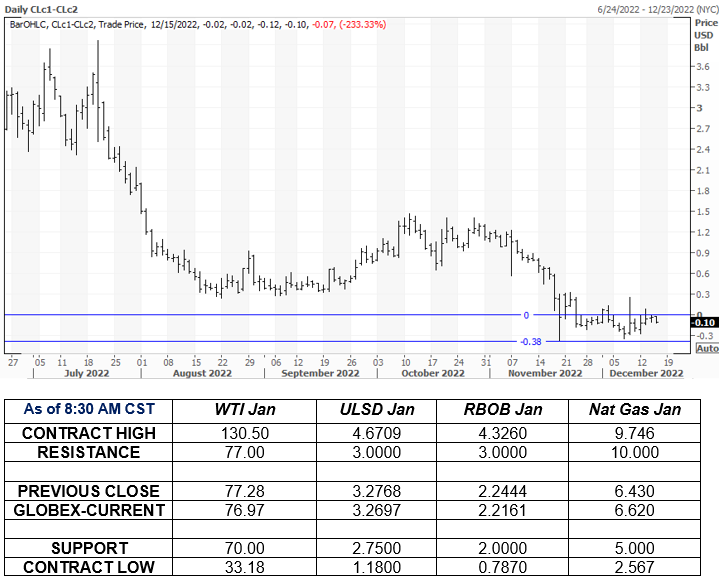