Outlook: Crude and products are finding a nice boost this morning while natural gas trades lower. Reports that Russia may cut oil production by 500,000 – 700,000 bpd in 2023 is providing early support. Additionally, Russian exports through the Baltic are estimated to have dropped by 20% already this month. Natural gas has pushed lower after a quiet start to the morning after Freeport LNG reported another delay for resumption of service. The export hub now plans to restart services by the second half of January. Thin trade is evident today and trade volumes will likely dwindle quickly ahead of the long holiday weekend.

WTI Prompt Spread: The WTI forward curve has begun to steepen again following the expiration of the January contract. The prompt spread has climbed back above 10 cents after trading at -34 cents earlier this month. A stronger inverse suggests greater demand for nearby product and a tighter marketplace. 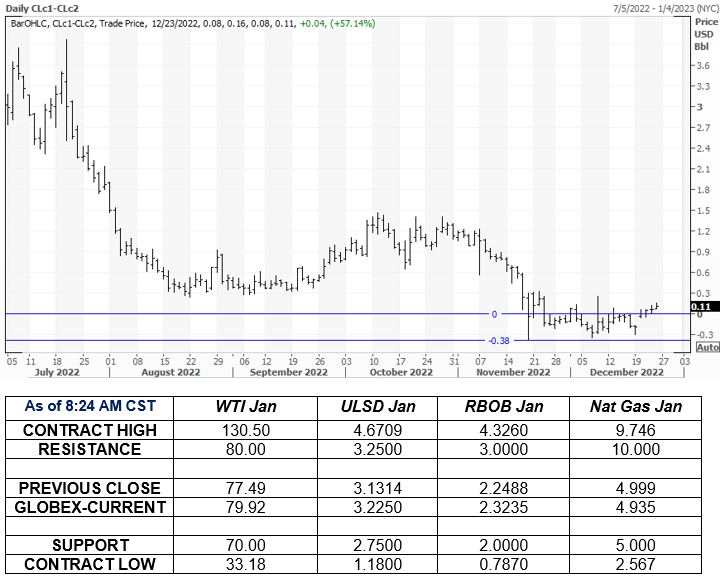